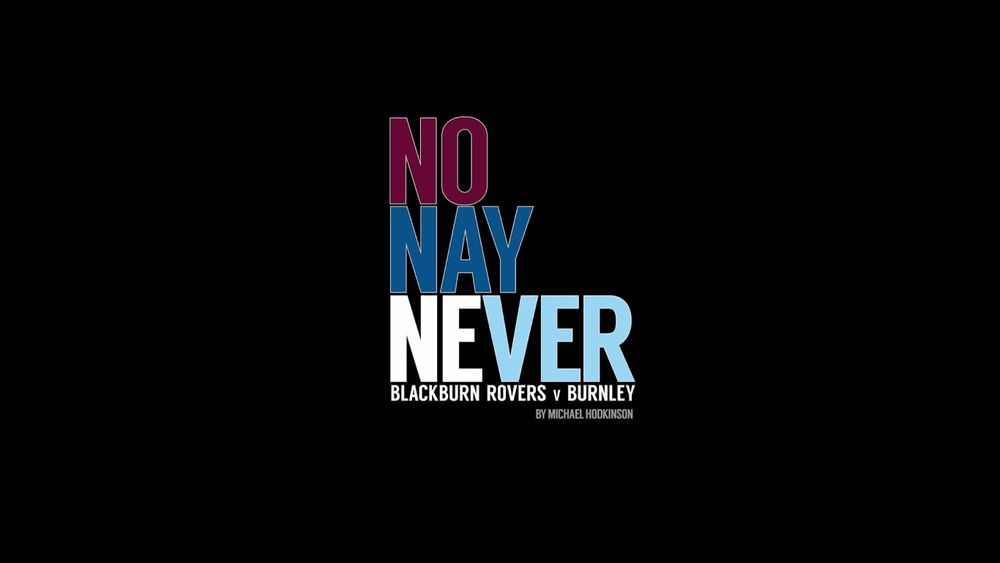 'No Nay Never': The Rovers v Burnley story is on sale now

After a short delay in delivery of the hard copies from the printers in Europe, it will also be on sale in the club shops at Ewood Park and Turf Moor by the time of the Fulham home match at the start of November.

The rivalry between Rovers and Burnley is amongst the fiercest in football. Born on the cobbled streets of Victorian East Lancashire, these two clubs have fought (both metaphorically and physically) for local bragging rights for generations. Match days are intense, often brutal, contests where the win is all important, however it is achieved, and by whatever means are required.

At almost 500 pages, this hardback chronicles all that is special about these two proud clubs and the supporters who have given their hearts and souls to their teams through the years. It really is the most detailed historical record of the Rovers-Clarets rivalry imaginable.

The combination of interviews with players (from both clubs) who have contested local derbies, great action photos, memorabilia and statistics, plus accounts from the fans who were there on the terraces, means that ‘No Nay Never’ really captures what it has meant to live in the area as derby day approaches. The book also goes a long way to explain to outsiders why the East Lancs Derby means, quite literally, everything to each club's own proud band of supporters.