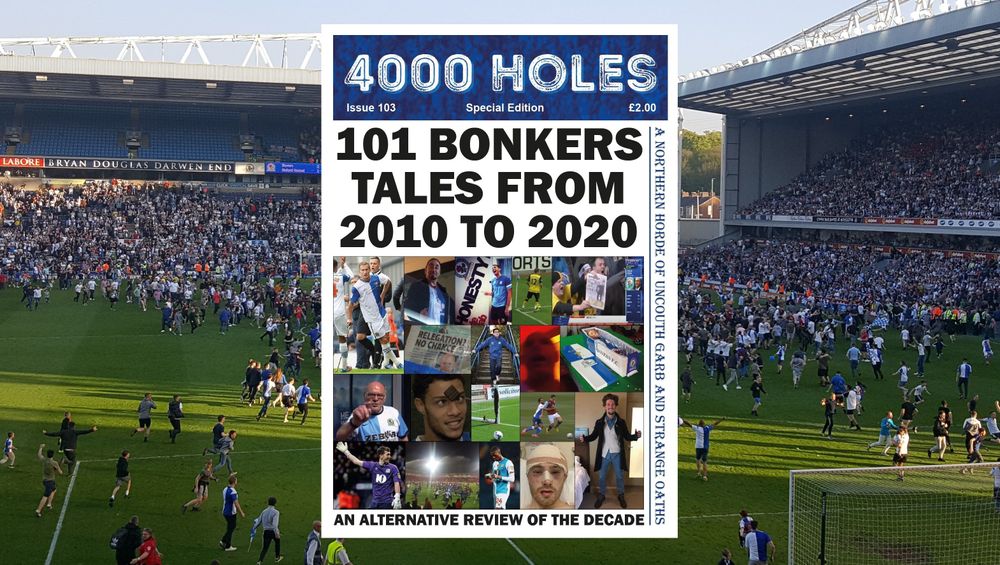 While it may have been the most turbulent era in the club’s history, with a large amount of decline, it nevertheless provided a very high degree of drama, unbelievable events and mad stories.

The objective has not been to retell a banal history, nor to drag up depressing parts of the past, but instead provide a 'gallows humour' kind of review. It picks up on some of the more obscure, extraordinary, forgotten, random, bonkers and amusing moments which help to create the overall drama of following the club.

Read the inside story from Steve Kean's office on the weekend he was caught drink driving, and why Marcus Olsson had orthotics issues. Relive Derrick Williams getting a bizarre red card, learn what Owen Coyle did to control what the press was writing, and discover the "real" reason for the 2018 pitch invasion epidemic.

If the issue proves to be a success and generates good feedback, then the plan would be to review other past decades in a similar manner in the future.

There's a small price rise to £2.00 for this issue because £0.50 from each sale will be donated to the Tony Parkes Crowdfunding effort. The fanzine will then return to the usual £1.50 for the next regular issue.

Issue 103 can be ordered via the online shop by clicking here. Alternatively, it will be on sale on Kidder Street before the forthcoming home matches against Millwall (Saturday 19th February) and QPR (Saturday 26th February).