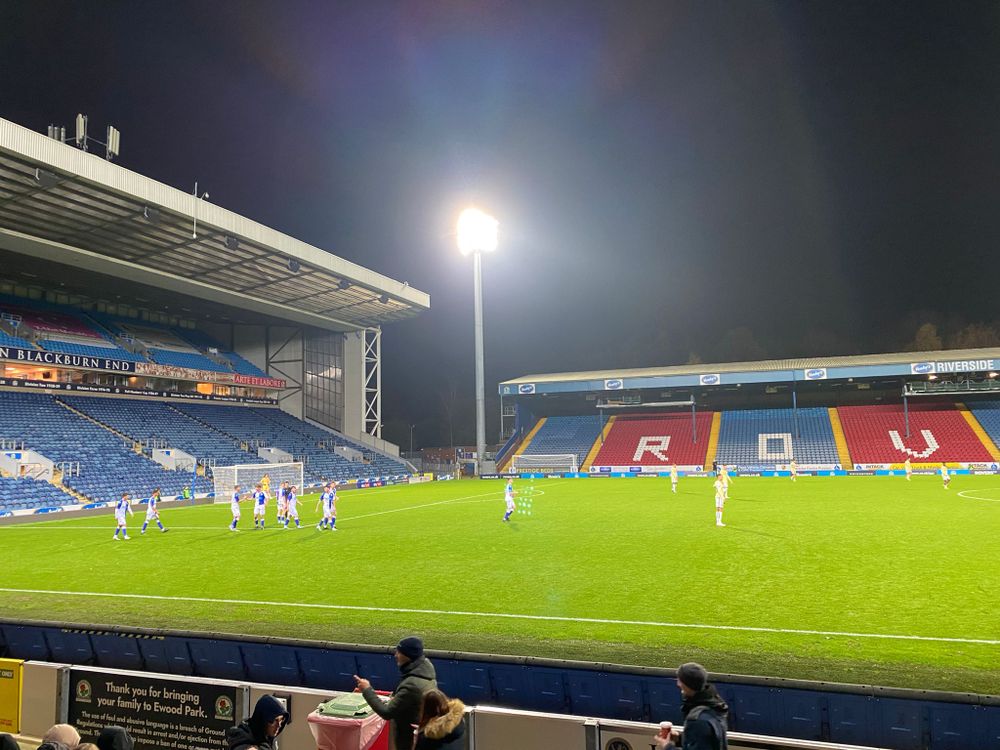 An enthralling game, plenty of positives for the next generation at Rovers. A solid display and a great resilient performance against a tough and physical opposition. A suspect red card in the first half for Rovers, taking a deserved lead with ten men and falling to a late equaliser. Certainly a performance to be proud of, with outstanding performances all round, from Jake Batty putting in an impressive performance at left back, and Sam Burns coming on and making an impact following Ethan Walker's injury in the opening 45. Porto players made to wait for Rovers to leave the field before they could go down the tunnel following a bit of agro after the final whistle.

When a team like Porto comes to town, albeit their B side, a tough battling game is always to be expected, and for the fans in attendance that's exactly what awaited. But the blues were up for the challenge and gave the Portuguese side an extremely good game. Although receiving a rather unfortunate red card just past the halfway mark, Jared Harlock was looking lively in the opening encounters, with few chances going either way. The next generation of academy products certainly did themselves proud. They were definitely the better side throughout the game and were unlucky to come away without all 3 points. A valiant display considering Sherons men had ten for the majority of the game.

Sam Burns came on late in the first half, following an unfortunate injury to Ethan Walker and it is clear that he has talent. Deployed on the right hand side, the former Scunthorpe loanee was one of many key figures in the Rovers side upon his return after three months. It was an assured defensive display from rovers with Matty Litterland and Jake Batty the dominant figures in a rock solid rovers back line. After the weekend's first team fixture, it was nice to see a determined and passionate display from a Rovers side. Every player in Blue and White gave everything for the team, a refreshing thing to see. Jordan Eastham in the blues net also put in an impressive display. Making key saves and showing off his exquisite distribution, it was a game I'm sure he will be proud of and rightfully so.

The passion carried on following the full time whistle, that resulted in the Porto players waiting for all the Rovers players to leave the field before they could return to their dressing room. Emotions evidently boiled over for both sides who would have been frustrated not to pick up the win.

It was a very youthful side that took the field, with an average age of just over 18. Although they put in a very professional and energetic display. With only Jake Batty in the starting 11, who has some first team minutes to his name. Picking up the senior appearance off the bench fairly late on in Rovers Carabao cup fixture against Hartlepool.