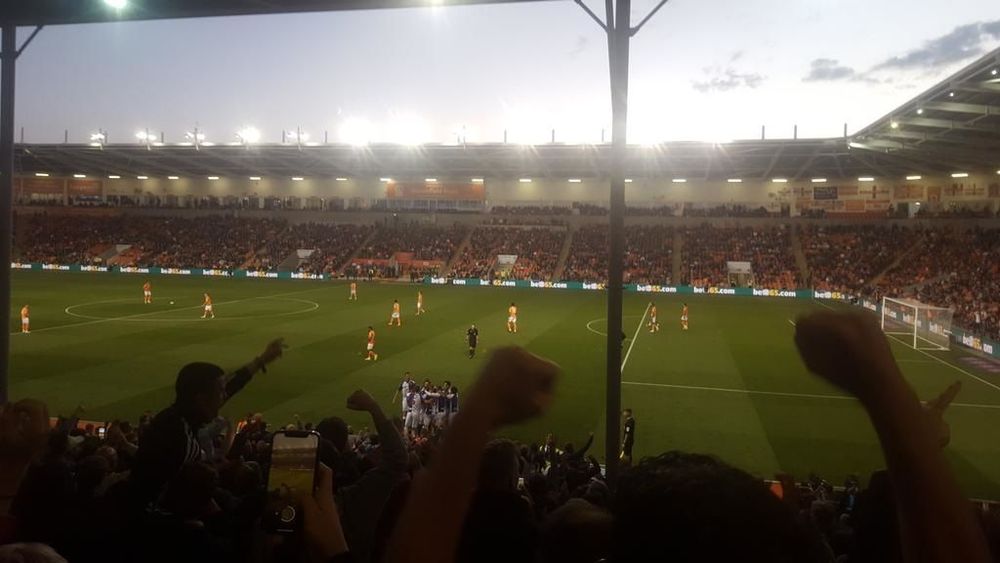 If you offered any Rovers fan a derby day win and a clean sheet yesterday morning, they’d have bitten your hand off, especially considering the tragic form of late. A superb move, arguably against the run of play after sustained pressure from the hosts, was calmly finished off by Rovers’ in-demand South American man.

There was a fantastic full Championship debut from one of our own, Adam Wharton, an assured start to life at Rovers for the new centre half, and a calm and collected display from this season's Liverpool loanee - which all combined to create a seemingly perfect night for those of a Rovers persuasion.

Blackpool started the game on the front foot, constantly testing the Rovers new-look back line in the opening exchanges. That was until Adam Wharton expertly plucked the ball out the air inside the centre circle for Bradley Dack to exquisitely slot Diaz through to take the lead and send the 3,000 plus Rovers faithful into pandemonium - a goal that would eventually win the game for Rovers come full time.

The moment of back to back to back brilliance ultimately ended the Tangerines sustained pressure - after opening the scoring Rovers looked a lot more controlled and relaxed, creating many a chance before the interval and leaving Jon Dahl with very little to complain about in his half-time team talk.

A youngster JDT clearly has faith in, Adam Wharton, was the star of the show at Bloomfield Road. He walked away from his full Championship debut with a man of the match award and his name being roared around the away stand for what felt like the entire second half. After making his league debut from the bench at half-time at the weekend against Stoke, it was no surprise that he started the game over another, more senior, academy graduate John Buckley.

Anyone who witnessed the second half performance against the Potters would have fully expected both Ryan Hedges and Wharton to start the midweek inter Lancashire encounter. From slotting players through at one end to making exceptionally well-timed tackles as the last man back, it felt like there wasn’t a blade of grass he hadn’t touched last night. An honest and touching interview post-match also caught the eye of many fans. He’s definitely a real star in the making and yet another graduate the academy can be proud of.

There was a Rovers debut for the ex-Coventry centre back who seemed to take the occasion with ease. Oozing confidence and composure, Dom Hyam looks like he will fit in well at Rovers, not putting a foot wrong throughout the game and dealing with everything that came his way. He was accompanied by Hayden Carter, returning from injury, who also impressed and it was a very assured display from the Rovers back line, with skipper Lewis Travis filling in at right back for the injured Callum Brittain.

There were exceptional performances all round, including arguably Harry Pickering's best game in a Rovers shirt and another composed display from Tyler Morton. A matchday that started with the announcement of a new signing, George Hirst on loan from Leicester, was certainly a successful night by the seaside.