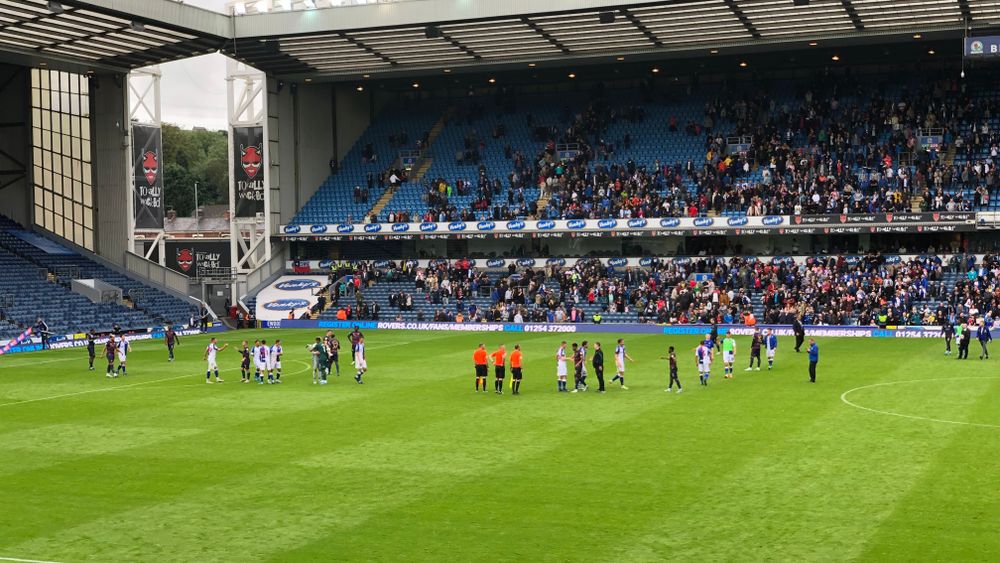 I watched an absolutely superb documentary on Ronnie Wood on Sky the other night. He was in his art studio as opposed to his recording studio. He took a piece of charcoal and with two or three sweeps onto the hitherto blank canvas you could distinctly see the embryonic form of his muse.

The camera panned back and there was his model, a ballerina bent double, clutching her toes with one hand, the other arm elegantly raised towards the ceiling. Wood’s initial outline showed enough of what was to come to demonstrate that he knew precisely what he was trying to create. A few minutes later in the film, the developing canvas revealed that your initial confidence wasn’t misplaced. Wood is a virtuoso guitarist that much is true, but his art school training has clearly never left him, the finished artwork was captivating.

Saturday afternoon at Ewood Park showed that Jon Dahl Tomasson too, has a portrait that he wants to deliver, but at this stage, it’s only those initial brush strokes that we can see. The background colour wash and intricate detail of the finished article are all some way down the road that may be true; but there were glimpses of the ultimate vision.

The opening fifteen minutes showed a youthful side pressing energetically, keen to move the ball quickly and trying to create space. That pace couldn’t continue and gradually QPR imposed themselves. Despite the pressure, Rovers defence was largely comfortable though there were one or two moments of concern as QPR found pockets of space.

The goal came from an unlikely source, but what better way to confirm your newly-awarded status as skipper, than by rattling in a corker from outside the area ?  A lovely strike that would prove to be the match-winner. Cap’n Trav doing what he does so rarely but in this case, emphatically and in style.

“Lewis Travis…he’s one of our own…” regaled the Blackburn End of the Merseyside-born product of Liverpool’s academy…I know, I know…but he is technically a Scouser and he DID come from Liverpool’s academy. He is a Rover now though & as such, a worthy successor to Darragh Lenihan as skipper.

What to make of today ? Well, it’s but one game, but a winning start helps to set a tone. A clean sheet is also a bonus, especially when the summer saw two centre backs and a full back depart. The Rovers we saw on Saturday is clearly a preliminary sketch, far from a complete work of art hanging in the Louvre, but you have to start somewhere and three points from one game is a positive start.

The squad needs strengthening, that was abundantly clear from looking at the bench today. The next month needs Gregg Broughton to do his bit and secure the signatures that will give Jon Dahl Tomasson a full range of brushes, a selection of oils and some spare canvases. Let’s see what unfolds and keep our fingers crossed.