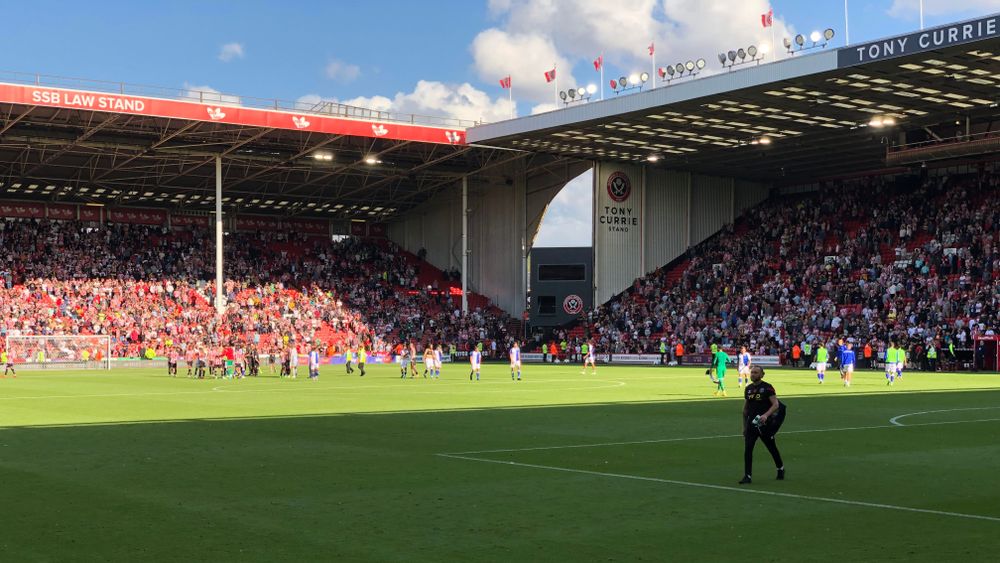 The warning signs were there straight from the off. A momentary lapse of concentration causing anguish, anxiety & anger. Having persuaded Mrs H to drop me off at the tram stop, just as I was about to exit the car something triggered in my brain...

Now ten minutes earlier, such a thought would have been really helpful, but we had no choice but to return home, retrieve the tickets from the sanctity of the third drawer down in my office and "go again". Making our second arrival at Halfway tram stop, we could clearly see the tram pulling away slowly.

"FOLLOW THAT TRAM !" I yelled, as if I was some sort of discount version of a secret agent on a crucial mission to save humanity. Mrs H accelerated away, mumbled something about someone being a "forgetful idiot" and "needing to be better organised" - presumably she'd just remembered a work colleague failing to complete an urgent report...or something. Feel sorry for whoever it was.

Anyhow, the tram deposited me in Sheffield in good time to have a little wander round before heading off to the appointed lunch venue - The Cutlery Works - a fine food hall, based in what once was the heart of Sheffield's manufacturing heartland.

Wandering  up The Moor I happened upon some stray Rovers players taking in the shops. Messrs Ayala, Kaminski & Travis seemed keen to check out the discounts on offer at such retail mainstays as Blacks and JD Sports. No matter, time to engage Mr Travis, request a selfie and politely thank him and wish him well. Mrs H's verdict on seeing said selfie later on "Well he's quite hunky..." presumably she thinks Lewis is also a fine specimen...the message was at best ambiguous.

Time to pick up the pace now, let's cut through the Millennium Gardens...hang on...there's two Rovers fans there in full club tracksuits...brazen behaviour in the heart of the Steel City. They seemed nice, foreign chaps, one Dutch, one Danish apparently. Seemed to know a lot about the team though and they wanted me to "Ask Gregg..." every time I asked them a question...

Lunch was splendid, eight Rovers fans together, working their way methodically through the menu of each concession in turn; taking in enough calories between us to enable a credible ascent on Everest. This is the way to watch football for sure. Meet friends, chew the cud, put the world to rights, enjoy some tasty food and a cheeky beverage - what's not to like ?

The game you ask ? Oh, that was simply dreadful. Clearly the threadbare first-team squad is way too thin to sustain a credible challenge in this most competitive and cutthroat of divisions. Eight out, three in, multiple injuries already and the cupboard of optimism has in the space of just four days been stripped bare much like the toilet roll aisle of Asda at the outset of COVID lockdown.

How will it end ? Ask Gregg.