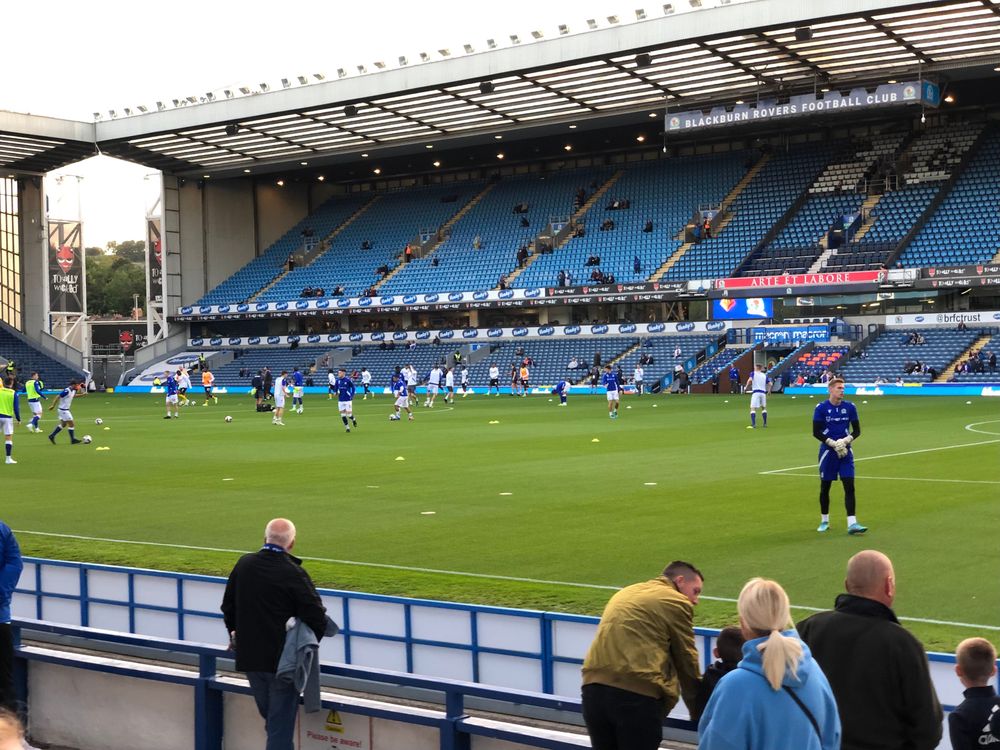 On the journey over the Pennines to Ewood, I was entertained by the latest episode of one of my favourite football podcasts; the incorrectly named “Guardian Football Weekly”, (which drops at a frequency more adjacent to thrice weekly...) !

The panelists were recounting the previous episode, wherein one of their number pronounced “hyperbole” as if it were a newly-built, multi-purpose stadium or perhaps a minor, but complementary event held in the run up to the Super Bowl.

Having acknowledged that they’d all let it slide and not corrected their colleague, Jonathan Wilson then recalled that as a studious youth he’d read a lot of ancient Greek history and (as a keen Sunderland fan), whenever he saw the word “Rokerites” in print, he simply assumed that it was pronounced “Ro-kerry-tees” as if it were a famous Greek general, victorious in historic battle against Sparta.

Therefore my fellow “Ro-verry-tees”, let us consider the latest instalment of the JDT history of Blackburn Rovers…Chapter 9, Watford…

Rovers after eight games have behaved much like an art class with no pencils (no draw…) and they were faced with a Watford side, who thus far, have found fixtures away from Vicarage Road to be a particular struggle, delivering zero away wins. At kick-off, the smart money perhaps looked for one of those records to be ended.

The match began after an immaculately observed period of silence recognising the passing of Queen Elizabeth II and it did help to confront the rumour that the weekend’s football was cancelled because football fans couldn’t be trusted. Those present at Ewood Park at least could clearly be trusted, the first ever rendition for many present of “God Save The King” completed the formalities. Credit to all spectators in the stadium for their contributions.

Watford seemed to carry themselves with an air of “we’re Watford…so we just need to do Watford things & we’ll win” but Rovers had their own thoughts. A bright start saw some slick passing moves create chances and particularly pleasing was the interplay of the wing-backs, with the midfield hub who in turn set up Brereton-Diaz in particular. The move to a back three clearly changed the dynamic and Hyam/Ayala/Wharton already looks a well-integrated unit.

The latest Liverpool loanee Morton looks neat & tidy and Travis in midfield is much easier on the eye…and the nerves; but plaudits for the all-round contribution of Ryan Hedges. This wasn’t the first time he’d caught my eye this season and his opening goal was a just reward. The second came from an unexpected source and method ! The new centre back Hyam scorpion kicking it in (for want of a better description) was pure delight.

Still no drawn games and maybe that’s the formula that will keep Rovers in that pack of teams chasing the play-offs ? Results elsewhere saw Rovers move above the key local rivals once more and this intriguing start continues to capture the imagination.