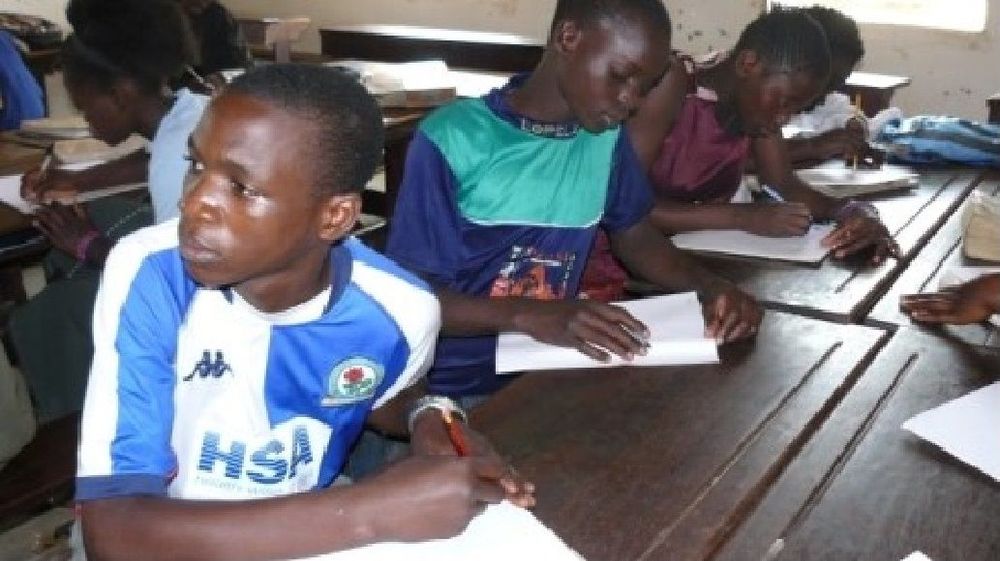 All Rover The World

All Rover The World: Tales from Zambia

Back in 2008 I was in a Zambian school for a few days. This coincided with the economic crash but that didn’t matter one grain of millet to the people of Chipulukusu, a township outside Ndola, near the border with Congo.

My only significant contribution to the education of young people in Zambia was presenting Head Boy, Knowledge Kalunga (pictured above), with a Rovers shirt.  Other than one lad with a Sunderland top; Chelsea, Arsenal, Man Urinals and Liverpool made up the rest of the teams the kids supported. Knowledge dutifully wore his Rovers shirt each day but he was a Liverpool fan.

It was presidential election time in Zambia and on the way back to Lusaka our group got caught up in a political rally. It was hectic and our minibus contained some nervous pink people as we ground to a halt and became surrounded by thousands of ebullient Lusakans.

Then I spotted something.  I pulled back the passenger door, stood on the sill to get a better view, and yelled into a mass of humanity, ‘Oi!’ and having been spotted by one puzzled local, pointed and gesticulated until I got the attention of another lad.  ‘Yes… you… come over here…’

The rest of my group were seriously concerned… “Stop it”… “Get back in the bus, PLEASE” … “Zanda, this is a potentially dangerous situation”.  But I didn’t give a shit, because I’d spotted a lad in a Rovers away shirt.  He struggled through the crowd, and was greeted with a firm handshake and “Bloody hell, pal. I’m a Rovers fan.”  He expected this less than I expected seeing a Rovers shirt but in minimalist English he managed these immortal words:

“Mark Hughes may have gone, but I’m Rovers till I die”

I gave him a hug, took the Rovers fob from my keyring and pressed it into his hand, and off he went, still slightly bemused. I sunk back to my seat, “Rovers fan” I explained to the small collection of well-meaning, middle-aged professionals from the Garden of England squeezed into the bus. They just didn’t get it!

I don’t know his name. I do know he was supporting the ‘Liberal’ party. I wonder whether he is alive and if so, as good as his word and still ‘Rovers’. Global communications have come on leaps and bytes since 2008 so I reckon 4,000 Holes should mount should a campaign to find him so he can fill this page with his own words! A free year’s subscription to whoever tracks him down?

*Please get in touch with your 'All Rover The World' stories, whether that be Rovers tales from your travels or about supporting the club from abroad! Email roversfanzine@gmail.com and you could well feature in a future issue of 4,000 Holes.

All Rover The World4000 Holes