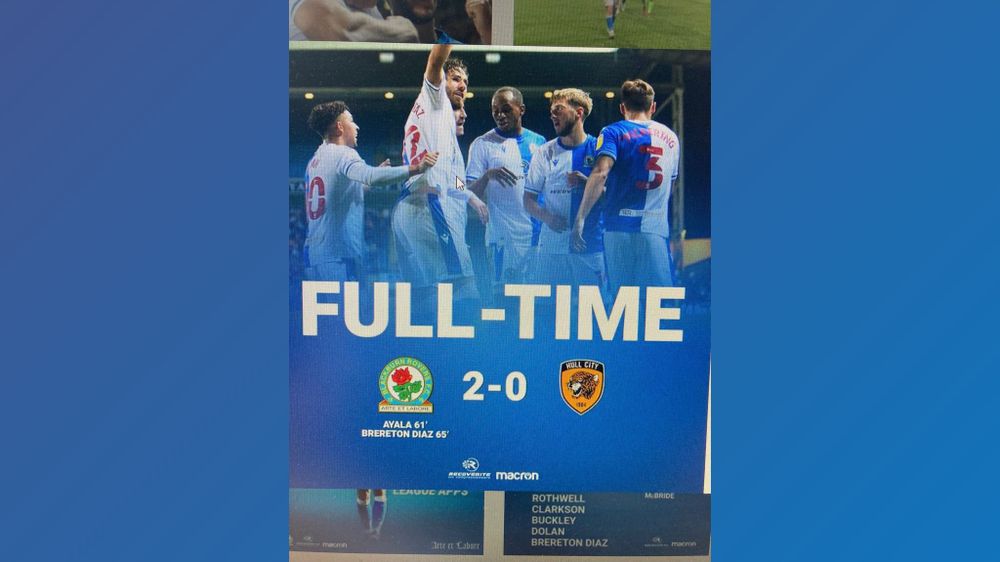 Blackburn Rovers - Touching From A Distance

There's a very good reason why I should never tweet, blog, or even speak about a Blackburn Rovers match in its immediate aftermath. On Saturday I was murderous with rage about Luton Town, their manager, their tactics, the referee and Sam Gallagher's party trick of taking the ball into the corner to waste time.

It was as sick as I've felt walking off Ewood. And it was just an early-season game against Luton bloody Town. But I was also probably wrong to feel like that. Fine margins, and the ability to put good clear chances away, meant we should have been out of sight way before the 98th minute. But it didn't feel like it at the time.

On Tuesday night it was like watching a different sport. The first half, and the opening few bars of the second, were like casually observing a band tuning up their instruments. I could say a number of things that are self-evidently true: Thyrhys Dolan is an incredible talent, but needs to improve a few aspects of his game; Thomas Kaminsky is probably our best keeper since Brad Friedel; Buckley and Rothwell are played out of position and seem unhappy about that. I prefer Ben Brereton Diaz to Ben Brereton. They are my opinions, and I may be wrong.

I also had absolutely no idea what the system was, apart from to give Hull City more time on the ball. Richie Smallwood has never had so much space and time inside Ewood Park as he did last night. So, when the subs were coming on at the 54th minute mark I had no idea who was going to be coming off, and for what purpose. That both Khadra and Butterworth had an immediate disruptive impact proves either that Mowbray totally knows what he's doing, or that he had it badly wrong with his first eleven. He was right about Butterworth's fitness though, for the last ten minutes he looked spent.

Another theory I've long harboured is that the Peter Jackson the Jewellers man of the match award is made by corporate sponsors with a bleary view of football, who tend to favour show boaters and goalscorers. Last night for Darragh Lenihan, and on Saturday with Dolan, they were absolutely spot on. I have an irrational leaning towards our captain. I think he could be playing comfortably at a higher level, certainly if Scott Dann can, he can, and if Grant Hanley's your man, then so's Lenihan. Yet on a different view, he was lucky not to get sent off against Luton for a rough challenge, which probably made a tetchy situation worse still. That he dusted off the criticism and scrutiny to turn in a captain's performance like last night tells you all you need to know.

So we sit 7th in the table and I still look at this team as a collection of underachievers playing for a jaded fan base, much of which is due to a distinct lack of dynamism from the leadership of the club. It reminds me so much of the early 80s. We had a decent team then, but it wasn't until much later that we realised quite how good they were. There are also more recent ghosts of Jordan Rhodes, Tom Cairney, Rudy Gestede, Grant Hanley and, ahem, Ben Marshall. Genuinely gifted players who together should have forged a promotion-winning team. This is a young team, full of promise and yet somehow drifting, more likely to be caught out for lack of nous, than tearing up the Championship.

So far though, it's a decent start on paper. Taking stock and weighing up the positives is always a better way of forming a view than a hot take.