Here’s a throwback to a happier FA Cup place in Rovers’ history after yet another lame third round exit.

On Monday 10th January 2000, Rovers travelled to Liverpool and claimed a famous win in front of the Sky TV cameras, with Nathan Blake as the goalscoring hero.

It was actually the FA Cup 4th Round in early January that season, due to a failed experiment of scheduling 3rd Round ties before Christmas, when Rovers had beaten West Brom in a replay.

Caretaker boss Tony Parkes said: “To come to Anfield and come away with the result is the single biggest result I’ve had in my time as manager.”

The FA Cup may have lost its lustre for some supporters these days: you don’t have to look too far for claims such as “not that bothered we lost” and “concentrate on the league”.

On that night in 2000, Parkes was asked which was more important – the league or the cup – as he tried to revive a mediocre First Division campaign which had seen Brian Kidd sacked. 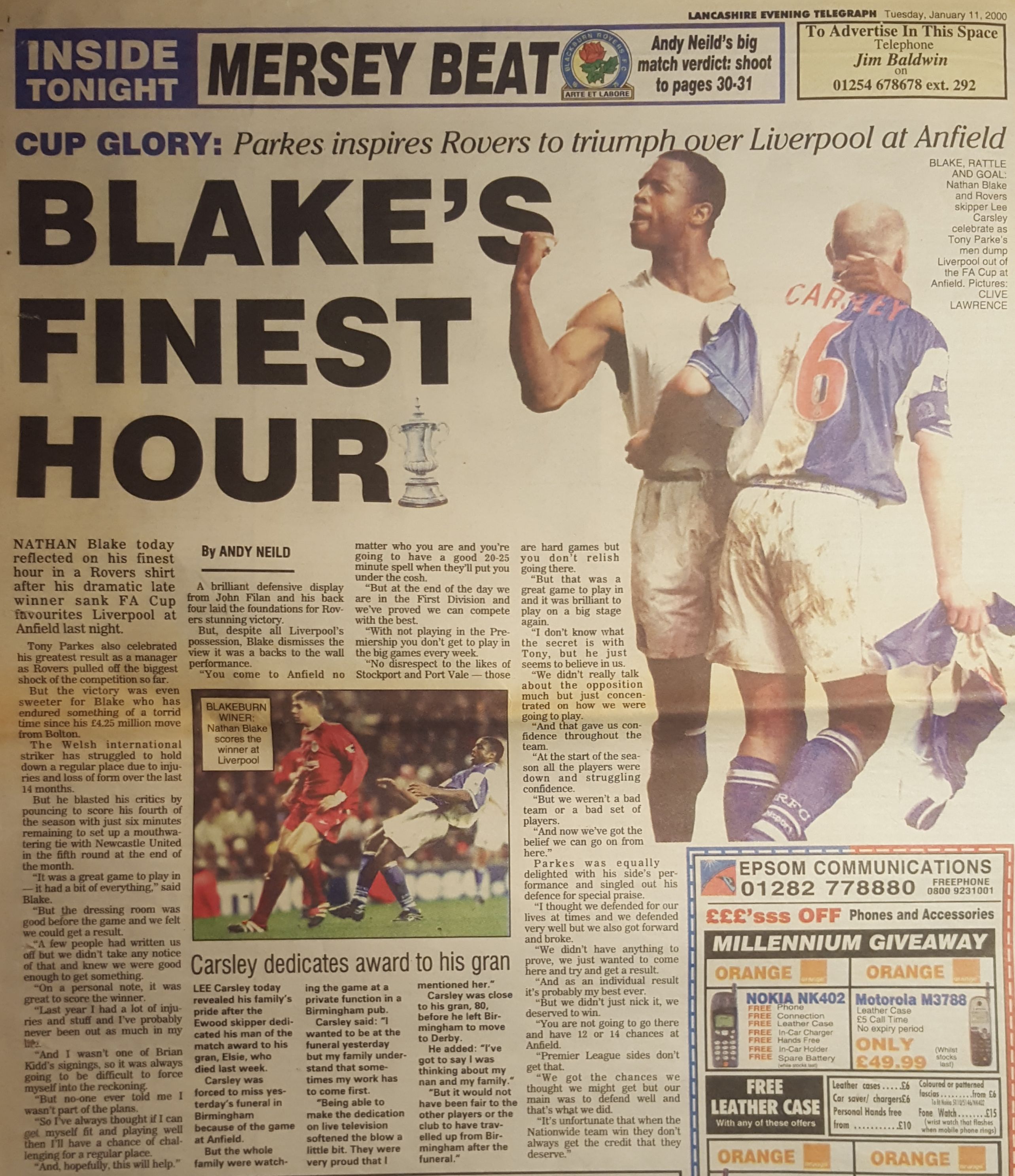 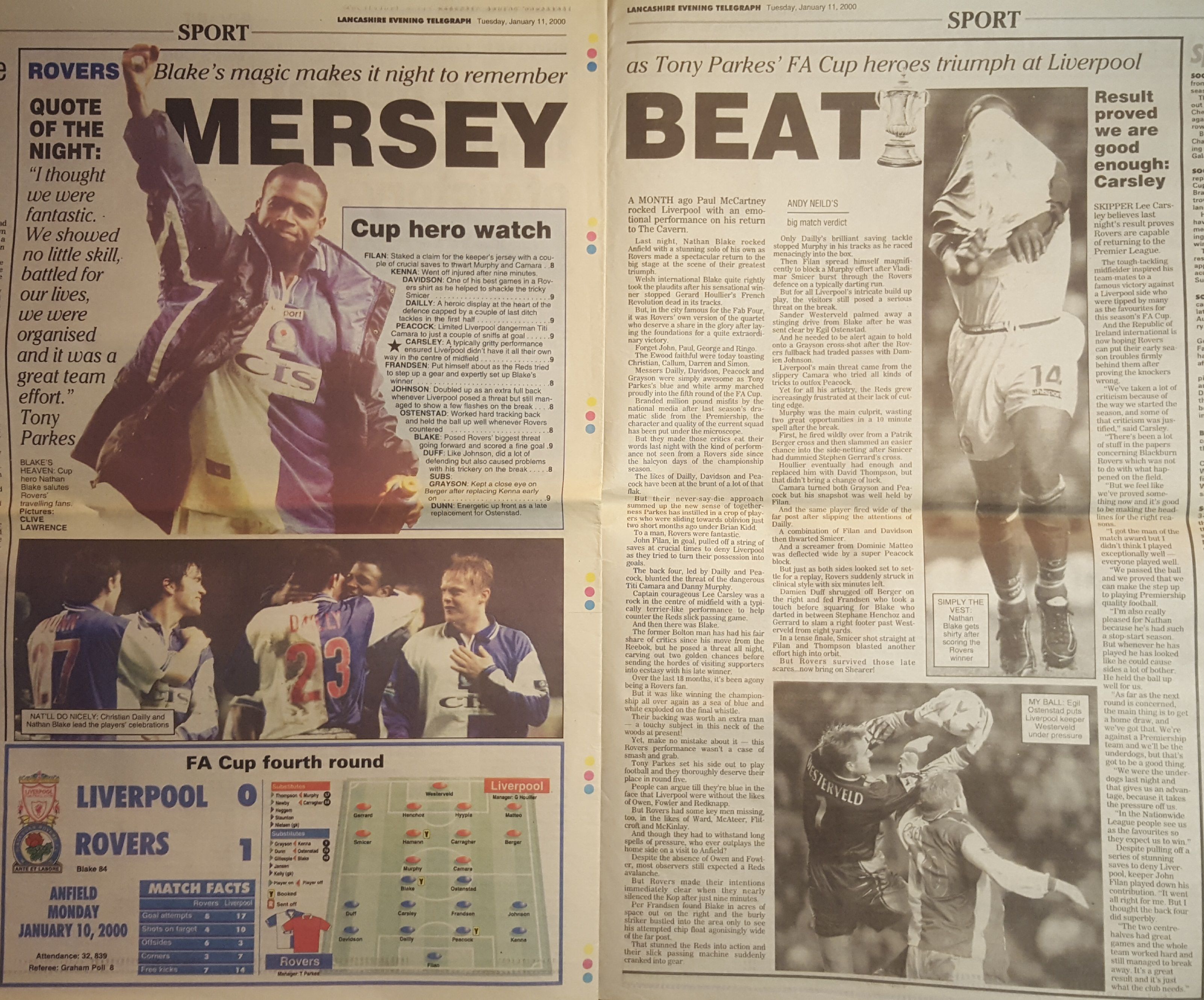 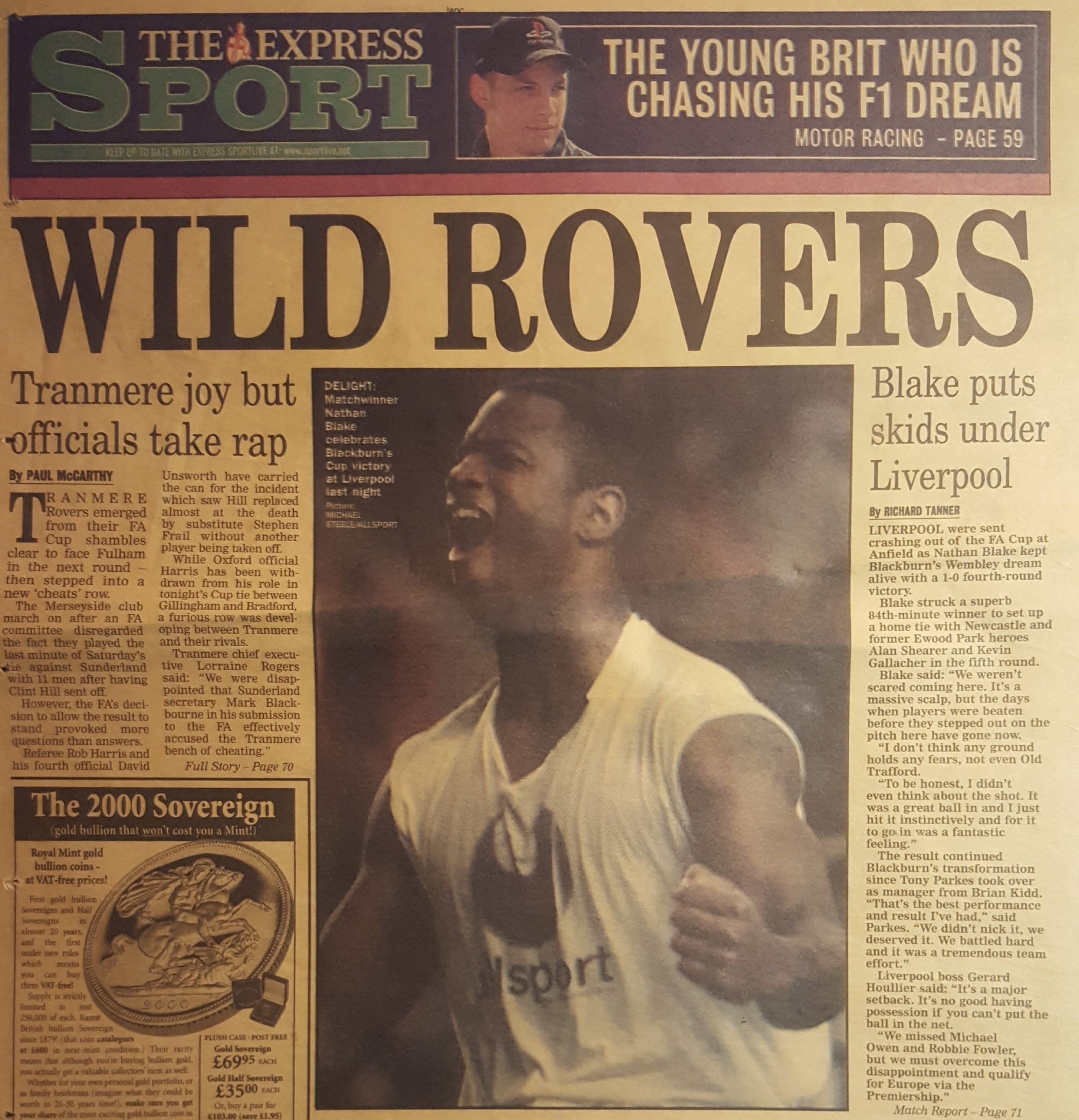 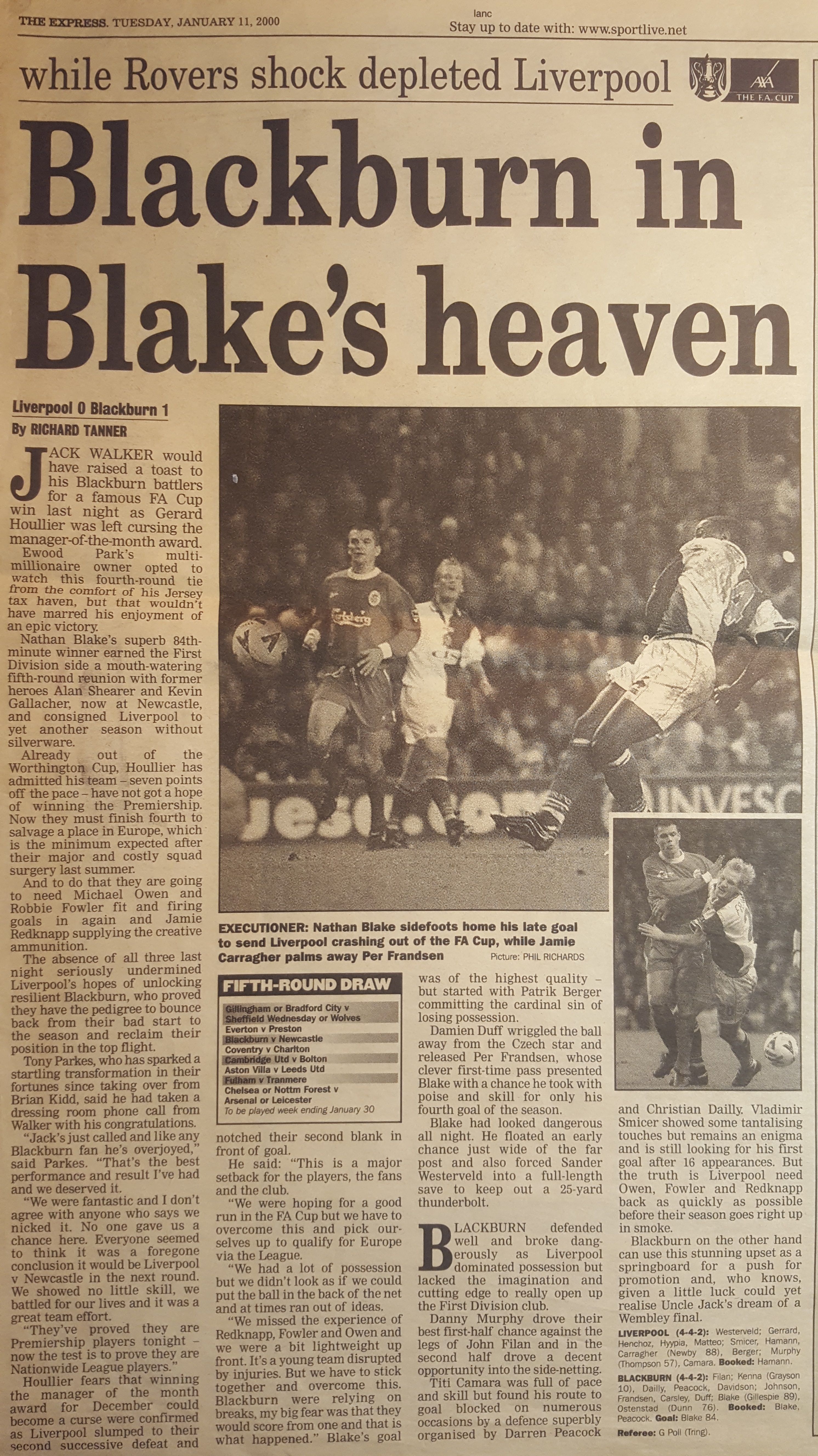 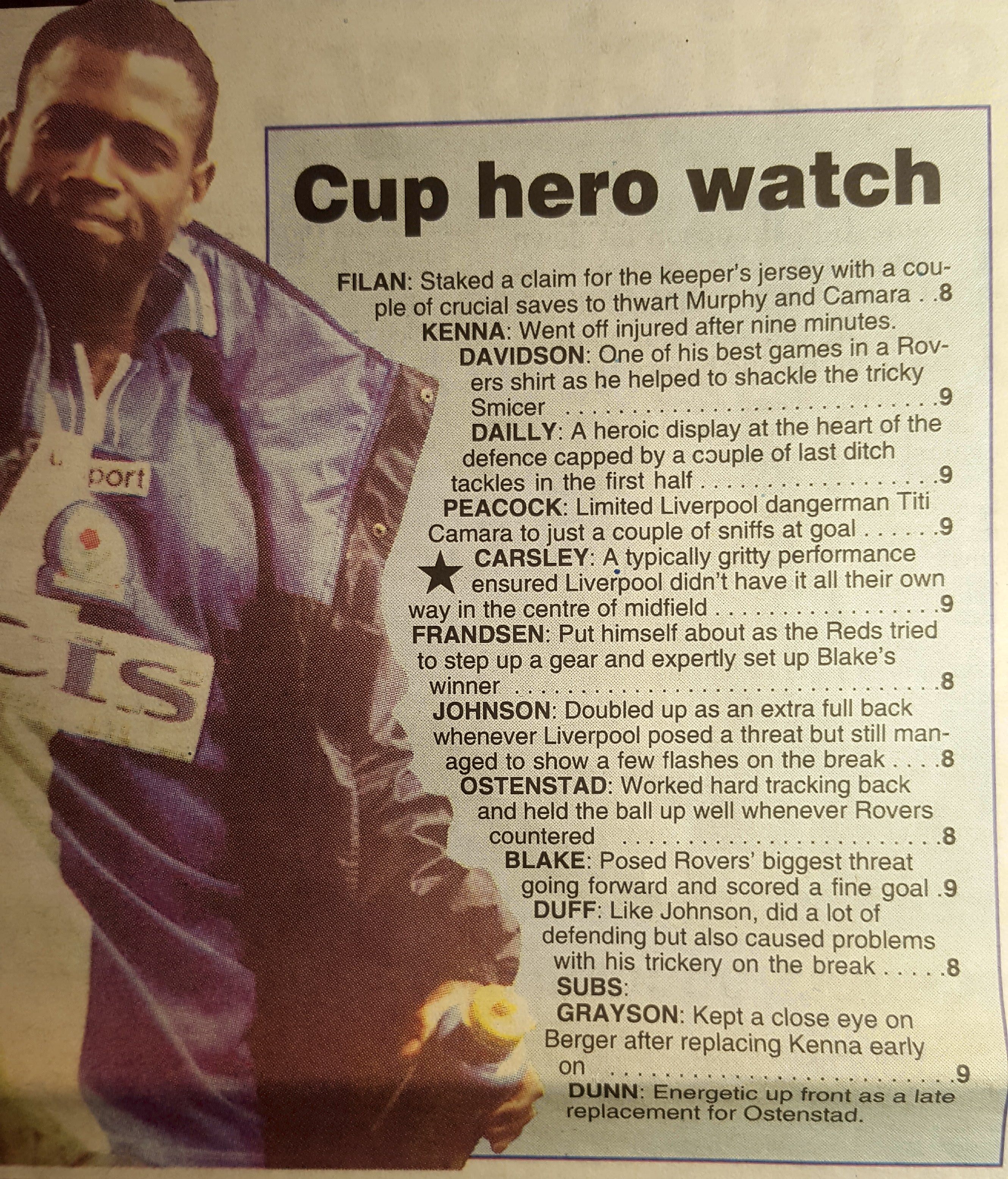 Flashback On This Day FA Cup