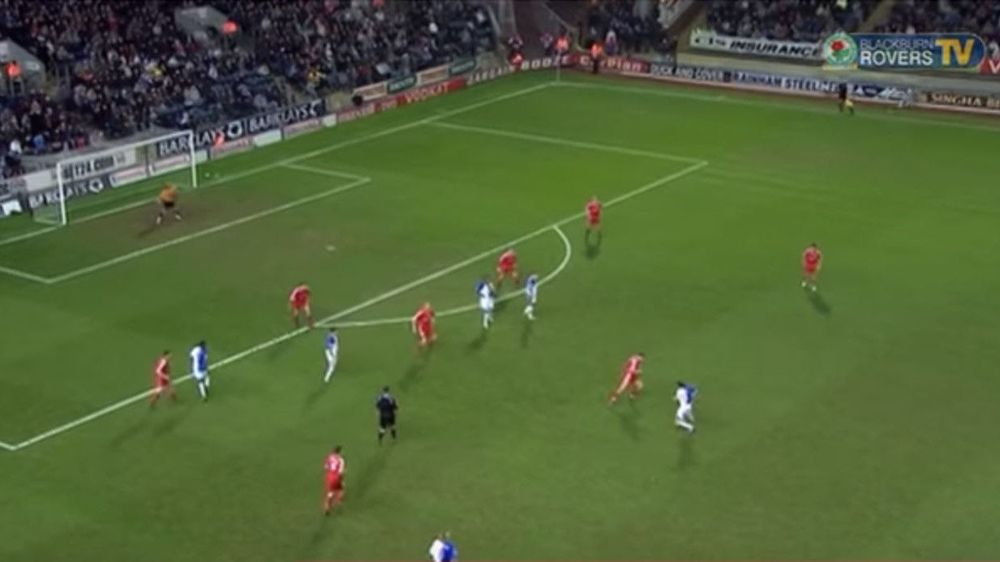 Many football fans look for the traditional Boxing Day match when the fixture list is released in summer. Rovers have had their fair share of unforgettable encounters over the years including a golden period in the 1990s when we never lost. Here’s a review of some of the most memorable matches...

A healthy visiting support helped to create a great atmosphere as Rovers recorded a seventh win in eight matches. Bradley Dack saw his 35th-minute shot saved but the rebound hit Kgosi Ntlhe and trickled in for an own goal. Then Elliott Bennett did well to charge down keeper Josh Lillis’ clearance and earned a penalty for being hauled down in the aftermath. Charlie Mulgrew was in the mood for scoring spot-kicks and the League One promotion push continued to gain momentum. In the second half, Dack almost scored one of the great Ewood goals but was denied at the crucial moment after beating four men on a mazy dribble.

Despite the pre-Christmas Ewood loss to Bolton Wanderers, Steve Kean was somehow still in charge and things would surely only get worse. Incredibly Rovers picked up a point at Anfield having taken the lead in first-half stoppage time thanks to a Charlie Adam's own goal. Maxi Rodriguez equalised, then reserve keeper Mark Bunn and teenage debutant Adam Henley made miraculous goalline clearances late on.

Successful European adventures had left Mark Hughes’ side struggling in the league but 29,342 were there to see Rovers record a much-needed win. Brad Friedel's heroics kept his old side at bay while – much like Shearer 10 years earlier – it proved to be an unhappy return for a former Rovers striker in Craig Bellamy. Without doubt the highlight was in the creation of the game’s only goal when 36-year-old Tugay ghosted past Steven Gerrard with the most delightful stepover ever seen at Ewood before threading a trademark pass through to Morten Gamst Pedersen. The Norwegian crossed first time from the left and Benni McCarthy was in the right place to tap the ball home.

Five days after coming to the Riverside Stadium to beat Middlesbrough in the League Cup quarter-final, Rovers returned on Boxing Day and won again. Lumbering striker Shefki Kuqi scored two typical Shefki Kuqi goals and the "Flying Finn" twice had the chance to demonstrate his trademark celebration for the jubilant Rovers fans.

Despite his prolific goalscoring record, Andy Cole wasn’t known for scoring particularly spectacular goals. But he volleyed the best goal of his career over Chris Kirkland from 25 yards to silence The Kop and earn Rovers a great point after John Arne Riise’s deflected opener.

As Rovers’ assault on the Division One table gathered momentum, promotion rivals Birmingham came to Ewood for a match which sparked into life after the introduction of substitute Matt Jansen in the second half. Jansen danced past half of the away side before clipping the ball with his right foot over keeper Ian Bennett for the opener. Birmingham centre-half Darren Purse then came up to the Darwen End to head an equaliser in the 88th minute and deflate the positive festive mood. However, Jansen grabbed his second in added time after chaos from a corner kick moving Rovers up to third place above City but behind Fulham and Bolton.

A 30,398 Ewood crowd was relishing the first return of Alan Shearer as part of Kevin Keegan’s title-contenders. He received his fair share of booing from various sections of the home crowd (as well as some applause), but could Tony Parkes’ struggling Rovers side get one over on both Messrs Shearer and Batty? The answer was a resounding yes as Kevin Gallacher’s late goal meant the pain of a £15m transfer became a distant memory.

A big highlight was Tim Flowers – not particularly known for his deft footwork – being chased down by Shearer before coolly dribbling the ball around his old teammate. Even Shearer offered a smirk as he realised it was destined to be Rovers’ day. After being frustrated by Colin Hendry and Henning Berg all afternoon, he also received a yellow card for a late lunge on Jeff Kenna. Inevitably Shearer returned to torment Rovers at Ewood many times in the future, but this match was the one that mattered most.

Rovers – as defending Champions – went without an away win until January but incredibly the home form was better than the title-winning season. Naturally Shearer put us ahead with a trademark strike but this icy-pitched affair is best remembered for David Batty’s only Rovers goal before he left for Newcastle in spring. Advancing forward into a position a full 30 yards from goal, no one – not even even Batty! – expected a shot was on its way, let alone that it would find the top right hand corner.

With Kenny Dalglish in hospital having an appendix operation, Ray Harford guided Rovers to an eighth win out of nine games on the way to the Championship. Alan Shearer opened the scoring from a rebound after Chris Sutton had headed against the crossbar and then in-form Mark Atkins slotted away his third goal of the month. Niall Quinn headed City back into the match in the 21st minute before Graeme Le Saux’s superb clipped free-kick in the second half secured the points for Rovers.

Kevin Gallacher grabbed his second goal at Old Trafford that year with a goal-of-the-season contender on Boxing Day 1993. The Scot made fools of United stalwarts Steve Bruce and Gary Pallister before delightfully clipping the ball over the onrushing Peter Schmeichel. With Rovers’ title challenge quickly gathering momentum, a win at top-of-the-table United would have been huge. However, Paul Ince grabbed a late equaliser after a dubiously awarded corner kick which started a theme of controversy in 1990s Rovers-United matches.

Man of the match Jason Wilcox scored one and brilliantly set up Alan Shearer for two of the easiest goals of his career. But the match contained disaster for Rovers’ 22-year-old superstar when an innocuous collision with Leeds’ goalkeeper John Lukic caused Shearer’s cruciate ligament injury which put him out of action for the rest of the season (despite a brief failed comeback in the New Year). With a remarkably prolific record of 22 goals in 26 games that season, the question forever remains as to where Rovers might have finished on their top-flight return if Shearer had been available after December.

During a snowy Christmas, the Boxing Day game scheduled for Ewood was switched to Boundary Park at short notice as Oldham had the comforts of undersoil heating. The treacherous journey for Rovers fans was worthwhile as Simon Garner and Norman Bell got on the end of Derek Fazackerley flick-ons from Brotherston corners. Rovers finished the Second Division season in mid-table but above Oldham on goal difference.

There are often calls for fixtures to be local affairs over the festive period and what could be better than an East Lancashire derby? Rovers were fourth in Division Two in 1977 and Burnley were struggling at the bottom yet it was beyond our wildest dreams to race into a 3–0 lead before half-time at Turf Moor. Noel Brotherston crossed to allow David Wagstaffe to score in the third minute before debutant Keith Fear and Brotherston added to Burnley’s misery. Surprise loanee Fear had a penalty saved in the second period before two Burnley goals left Rovers hanging on for a memorable victory.

On that famous Boxing Day when 66 goals were scored in 10 First Division matches, Rovers managed to register the biggest ever away win in our history. Despite the morning kick-off, 20,500 people at Upton Park saw hat-tricks for forwards Andy McEvoy and Fred Pickering, with Bryan Douglas and Mike Ferguson each adding one goal. 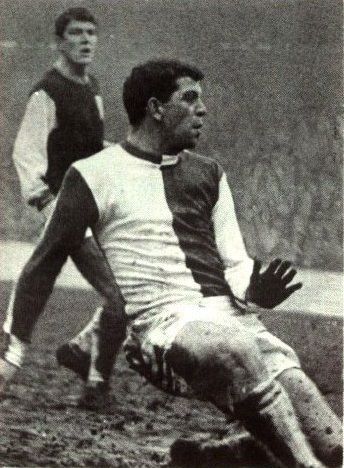