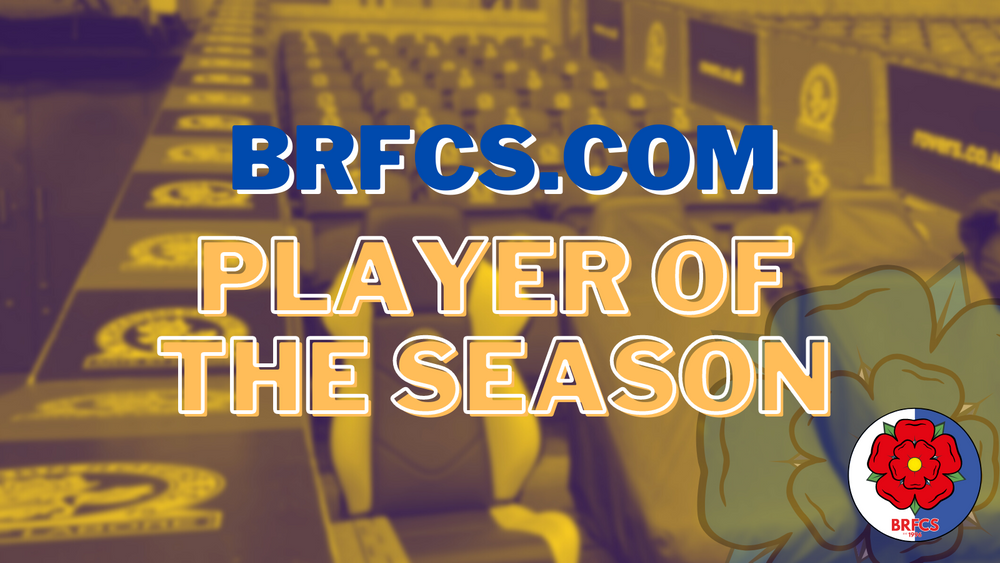 BRFCS Player of the Season

At the season’s end it’s something of a tradition for gongs to be handed out recognising various achievements over the preceding nine months or so. We are no different, so here goes..!

One of the technical innovations introduced to our MATCH CENTRE section during the season was the Man Of The Match voting option (supported by Rovers Trust).

This gives registered members the chance to record their ratings after each game leading to Man Of The Match awards and now, after all the numbers have crunched (who knew that writing an SQL query could prove to be so tricky 😉) we are in a position to reveal our Player Of The Season - as voted by BRFCS members throughout the season.

The award goes to the player with the highest average score throughout the season - methodology that rewards consistency of performance.

It’s our great pleasure therefore, to award the inaugural BRFCS Player of the Season (supported by Rovers Trust) to… drum roll, dry ice…lasers….fanfare…

Well done Scott & a big thank you to everyone who took the time to vote during the past season.

We considered curating a trophy and awarding it to the winner but instead, we have decided to use the funds to make a charitable donation to a good cause close to the winner’s heart.

Congratulations Scott & here’s to many more outstanding performances in a Rovers shirt..!