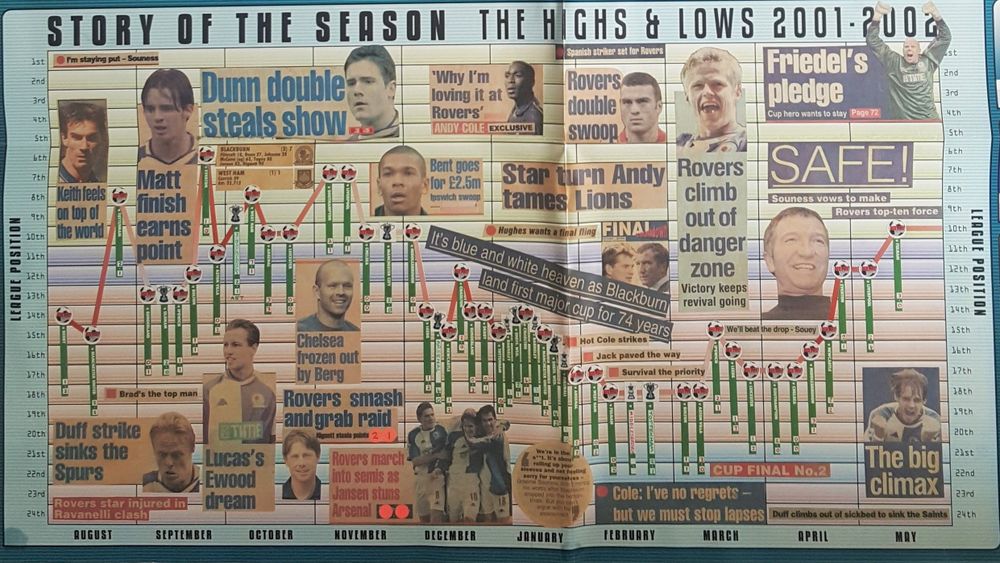 Twenty years ago, Rovers were kicking off a new campaign in the Premier League after Graeme Souness had led the club to promotion in 2000/01.

I was in my teens – which is perhaps the period in many supporters’ lives when obsession with your chosen football team hits a peak – and I therefore ended up producing something of a masterpiece by the following May.

Many of us will remember picking up ‘League Ladders’ and ‘Team Trackers’ with a pre-season issue of Match or Shoot magazine and perhaps starting the season by avidly updating the tables every week before passion for the project peters out after a couple of months.

2001/02 was the one season where I incredibly managed to keep it alive well beyond September and took it all a step further by adorning the wallchart with various newspaper cuttings and match tickets (from the Barcelona friendly and the League Cup Final).

I couldn’t really have picked a better season to do it: distinct ups and downs as we started well before sinking to the relegation zone in the New Year, lots of cup matches and an ultimately successful campaign in the end.

So here it is in all its completed glory… 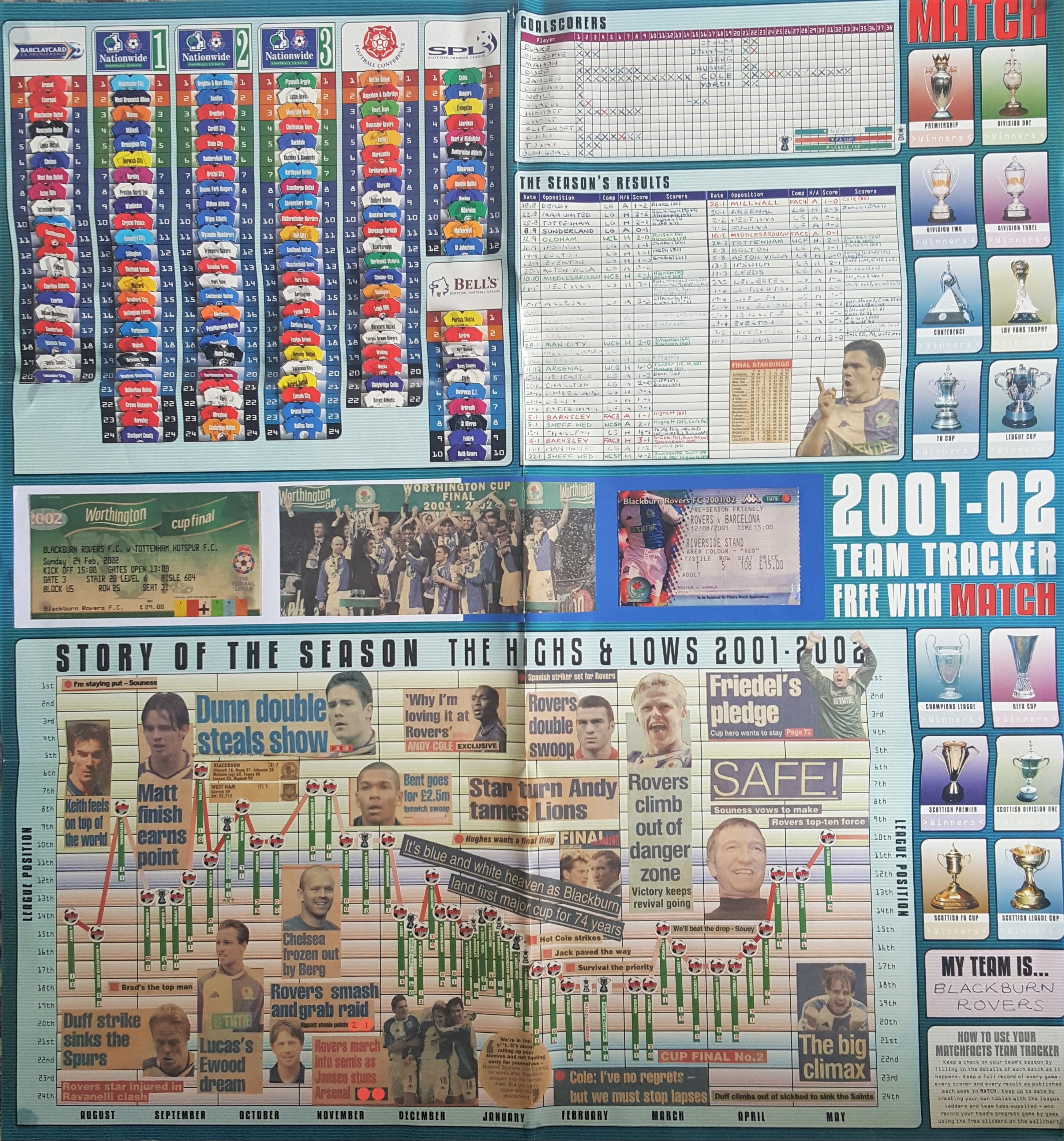