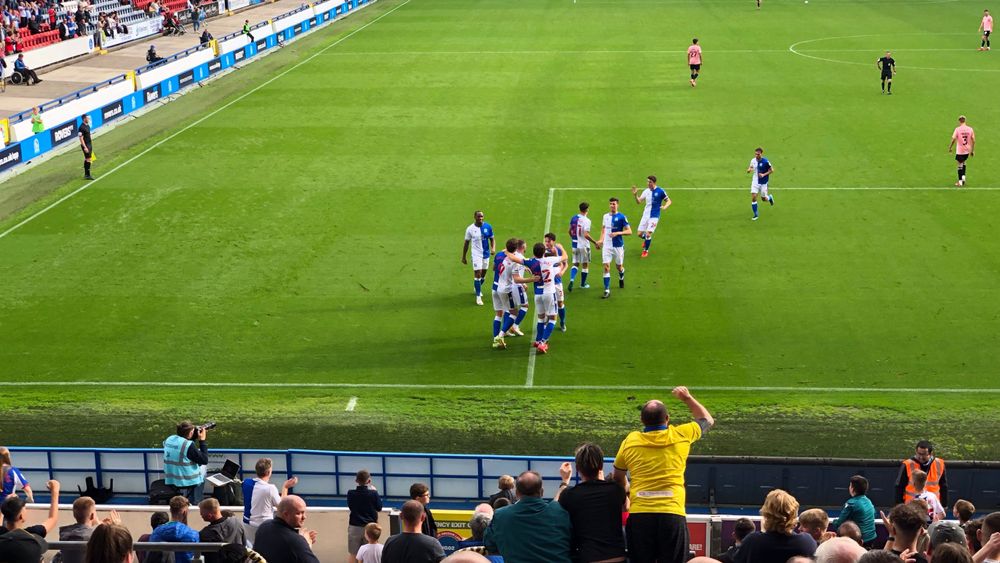 Back in early August, I hoped for 15th & feared 18th (or perhaps even lower) and there is of course a lot of football still to be played,but one thing is for sure, this very definitely constitutes a decent start.

At the final whistle today, there was a palpable sense of joy and in many quarters, disbelief. Rovers seem to have blossomed in the absence of Adam Armstrong and the addition of a double-barrel has propelled Ben Brereton; workaday former England under 21 international, into Ben Brereton-Diaz; Chilean international superstar and Championship goal scoring powerhouse.

Cardiff caused Rovers problems throughout with their height & power, especially from set-pieces and their solitary effort came via the direct route. However, Rovers newly-found ability to concede possession and use speedy counter attacking has introduced  a cutting-edge into their play that some opponents seem to find irresistible.

I’ve no idea how long this is going to last, but lets at least enjoy the ride in the meantime.

Are we in a promotion campaign by mistake ?