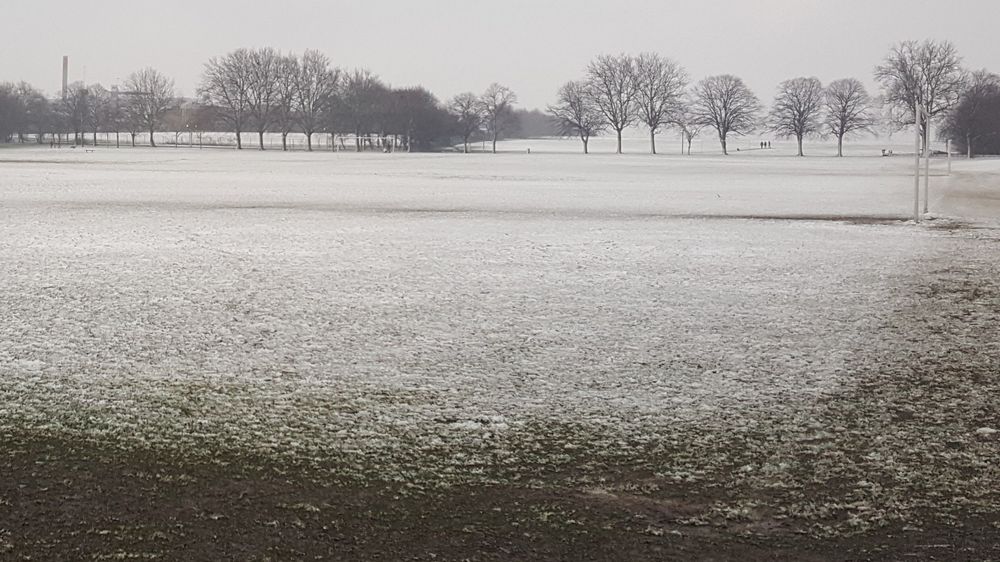 Supporters were left incensed at Hull's very late decision to postpone the match due to a coronavirus outbreak and immediately turned back on a snowy M62.

The things you do for your club! #onourwayback literally! 😫🙈 cheers Hull! @Rovers #Rovers pic.twitter.com/8y41N7I7xE

Rovers supporters enjoyed a host of local away days during the League One season, including trips to Rochdale, Bury, Oldham, Wigan, Blackpool and Fleetwood. A late cancellation would have been fairly palatable for any of those… rather than on a 268-mile trip to the other side of the country while the ‘Beast from the East’ cold snap returned in mid-March. “Despite the pitch being potentially playable, the amount of snow that has fallen has caused a safety concern for supporters,” read a Gillingham club statement at 11:30am. “We wanted to make a decision at the earliest possible opportunity to inconvenience as few people as possible.” Rovers coaches were forced into a U-turn on the M25. Free travel was subsequently provided by Rovers for the rearranged match in April. Almost inevitably, after a second long journey down south, the result was a goalless bore draw.

Supporters travelled down to Wales for the FA Cup 3rd Round tie against Newport, for what was going to be the first competitive match between the two clubs. However, a waterlogged pitch caused a postponement just an hour before kick-off. Free travel was provided for the rearranged match, which fell on a Monday night just two days after a league defeat to Brighton. Rovers won 2-1 despite Chris Brown’s early red card.

Today's match is off due to a waterlogged pitch. pic.twitter.com/mT7PtEt1Kb

Freezing overnight conditions resulted in a late postponement after an inspection of the pitch two hours before the 3pm kick-off. Referee Rob Styles decided that a small area of the playing surface was unplayable and called it off. Rovers fan Jonathan Shutt said, “I was on my fourth pre-match pint when told at 13:30 and ended up in Harrods with Chris Samba.”

A frozen pitch resulted in the loss of this evening festive fixture. Referee Phil Dowd made the late call and explained: "You just can't run on it – not flat out certainly. It's just not safe for the players to play on. The weather has dipped pretty drastically in the last few hours."

While the infamous late postponement due to a Middlesbrough flu outbreak didn’t really inconvenience supporters, it did not help Tony Parkes in his quest to quickly amass as many points as possible to lift Rovers away from relegation danger. The goalless draw in the rearranged match in May secured safety, but Boro were docked three points for failing to turn up before Christmas and it cost them a place in the Premier League. Parkes tells the tale in this article.

Torrential rain in the hour before kick-off resulted in a waterlogged pitch and the very late postponement of this match. The Wimbledon players did still come out for a kickabout in the puddles and slid around to a chorus of boos from the home supporters who were inside Ewood. Ian Herbert recalls: “I actually had a pie in my hand... so not all bad.”

Cambridge United (away), Tuesday 10th December 1991 – called off at half-time

A top-of-the-table clash at the Abbey Stadium turned into farce as Rovers supporters headed south for an evening kick-off. Freezing conditions saw the match abandoned after a goalless first half when players struggled to stay on their feet on the ice rink. Read more about that day by clicking here.

A disappointing season left Rovers in a relegation scrap going into the final match, but a sudden downpour made the pitch unplayable in a lucky twist of fate. Carlisle United had a game in hand and news of their 3-2 defeat to Charlton relieved some of the pressure for the rearranged game on Monday. Simon Garner’s 100th league goal in the first minute settled nerves and Rovers secured safety with a 3-1 win, despite Bobby Saxton calling it ‘a frightening experience, the worst 90 minutes of my 25 years in football’. Carlisle were relegated from the Second Division and have never since returned to that level.