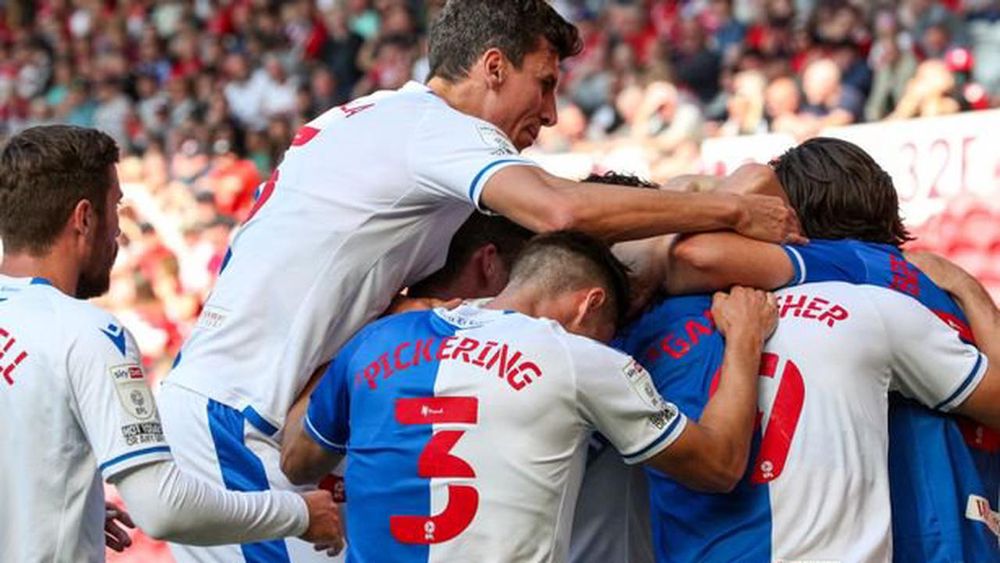 It's that time of year where we tend to reflect on the year just gone and look forward to the year to come; so here goes…

Who would ever have predicted that Rovers could end the calendar year right on the coat-tails of the top two - irrespective of the influence of parachute payments ?

The story of 2021 has undoubtedly been the emergence from his chrysalis of Ben Brereton, unfolding his wings to blossom into the free-scoring Ben Brereton-Diaz. Along the way, BRFCS has made many new friends in South America as a result and what a delight that has been to experience second-hand, the pure joy in Chile each time he scores a goal. How long will he remain at Ewood ? Who knows, but enjoy the ride whilst we can.

Great credit must be given to Tony Mowbray for the success experienced so far this season. This correspondent would happily have changed managers in the summer. The mood felt stale, too many players at or approaching the end of their contracts; time for a new broom ? Well TM has faced all the challenges he has encountered in his typically downbeat, low-key style and has somehow managed to coax (and coach) performances out of this young side that have defied expectations and gladdened the heart.

A club-record home defeat could easily have spelt the end for Mowbray, but a little like the experience of Ralph Hassenhuttl at Southampton; riding out the storm has actually resulted in an upturn in form following the traumatic result. Who knows how the second half will unfold ? Who knows what the squad will look like on February 1st 2022 but just to be in the conversation for automatic promotion at this point is quite something.

Here at BRFCS;  2021 has been a big year. The ownership changed and the whole look and feel of the site has been re-designed to be more modern, multi-media and accessible. We were especially pleased to partner with “4000 Holes” to showcase the famous fanzine and open it up to new readership and contributors.

The YouTube  channel archive is slowly growing and once a vast horde of VHS cassettes kindly loaned to us are digitised, more vintage Rovers footage will be available - make sure to subscribe to avoid missing out. We partnered with RoversRadio to produce a show called “Sound Of The Season” which is developing to leave a fascinating oral history of supporters' memories across a range of seasons. We have re-launched the BRFCS Instagram account and one of our number has apparently created a BRFCS Tik Tok account…me neither…but watch this space ! Our podcast continues to evolve with a mix of humour, interviews and occasionally some inspired satire to appeal to fans. BRFCS Twitter also broke through the 5000 follower barrier - thanks again Ben…!

To everyone who has helped behind the scenes - IT gurus, forum moderators, bloggers, podcast contributors and guests and to you actually reading this - a heartfelt THANK YOU.

The site is entirely voluntary - anything that you see produced is because someone cares enough to give up time and energy and for that we are immensely grateful.

Here's to a fabulous - and dare we say it - historic 2022. Take care of yourselves, if you can someone else and COYB..!