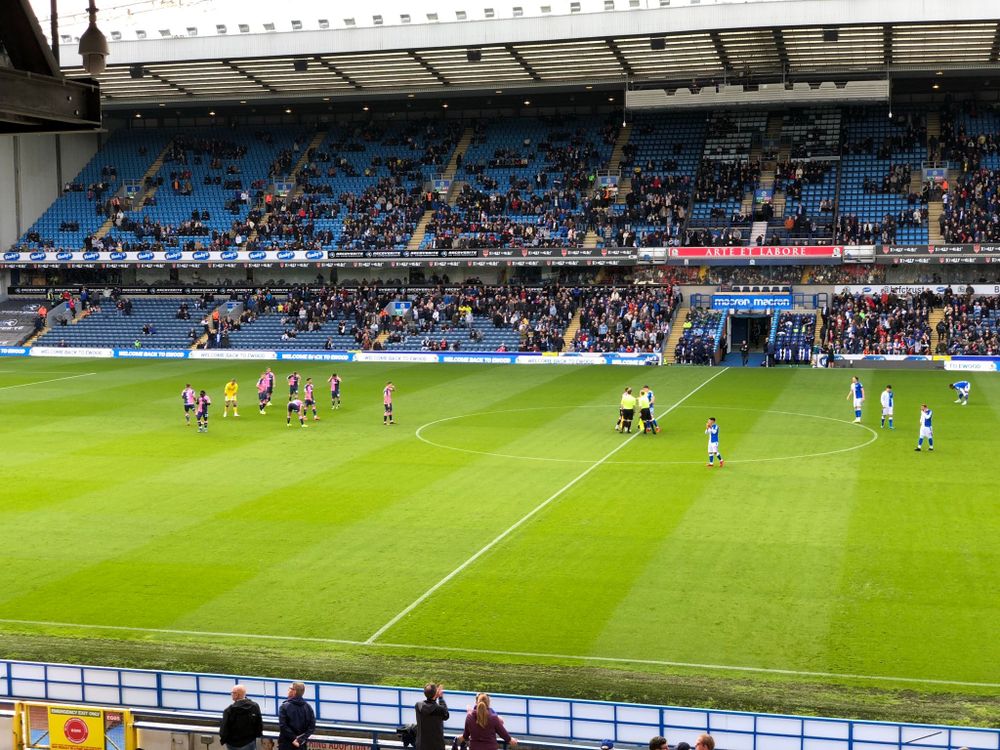 A great start considering the pre-season pessimism - how would you assess it so far?

Defying the odds and the expectations - promotion success though, would be less likely than a British Eurovision win I suspect.

A squad that looked a little threadbare on 1st July, at least in terms of depth beyond the starting XI, has performed admirably, with supplies of East Lancashire optimism more plentiful than was diesel a couple of weeks back.

We aren’t ripping up trees like at the start of last season, this is a much more surreptitious, subtle start; but Rovers being Rovers, some habits are hard to shake off. After just one week in the top six Rovers managed to play like drains in the opening 45 at Bloomfield Road and our course correction now appears to be gaining momentum.

A lot hinges on how many injuries we have to handle during the season and whether this season’s bunch of loan stars can deliver when called upon. Neither metric has been especially favourable so far; with an over-subscribed treatment table, including one of the loan signings, who has yet to appear for the club in anything other than a photoshoot holding up a shirt .

What's changed from the struggles of the second half of last season?

It’s more likely a combination of a slightly different formation, a willingness to play on the counter and the freedom that comes with not feeling compelled to pass to Adam Armstrong all the time I suspect.

Tony Mowbray also seems finally to have worked out that correlation does not equal causation when it comes to analysing possession stats and points generated. Last season, having made a strong case for possession being the be all and end all, a few wins when we have had less than 40% of the football seemed to have changed the mood music. We now tend to play on the counter more, using Brereton-Diaz & Gallagher as the wide battering rams whilst Tyrhys Dolan flits around using the space he finds through the middle.

We aren’t classic Wimbledon, but we seem to have learned finally that the key metric determining success isn’t possession and occasionally, a long ball on the counter can be effective.

What business did you do in the summer and what have you made of that?

We didn’t expect much and our expectations were delivered.

After the Covid impacts on turnover, the Adam Armstrong money was always going to be used to prop up cashflow. A large slice also went to Newcastle as part of the original deal when we signed him; so it was akin to winning the pools back in the day, but remembering shortly afterwards that you are part of a 160-strong works syndicate and you are going to end up with about £350 - nice, but not exactly life-changing.

Consequently, we signed Tayo Edun from Lincoln City for a modest “undisclosed” fee and the rest are loan signings; none of whom have yet secured legend status at Ewood as Harvey Elliott did last season.

Slap bang down the middle. Our esteemed colleagues over at “4000 Holes” fanzine - a terrific read, subscribe now…only last week put out a Twitter poll (& when are THOSE ever inaccurate…) seeking opinions on whether Mowbray deserves a new deal.

I am on record as predicting he will indeed be offered a new deal before Christmas but if I am being scrupulously honest, I would have shaken hands & said “Fare ye well Tony” at the end of last season.

It all felt so stale with the looming exodus of players needing to be addressed by someone with more skin in the game than just the next 12 months. The “list of players whose contracts are expiring this season” is still lengthy - if you were a player why would you commit to a project that has at its head a man with only seven months remaining on his deal ?

Rovers therefore need to urinate or absent themselves from the lavatory pretty sharpish, or else we will enter next summer with a squad consisting solely of teenagers, absolutely no money and a fresh manager trying to find their way…

Who knew Ben Brereton just had to change his name to fulfill his long held potential? What's behind that turn around?

This is a movie in the making. The origin story of how he came to the attention of the Chilean FA, his delightful mother liking every Twitter post, his beard, the new name, the crowd-funded flag…it’s pretty much “Roy Of The Rovers” or more accurately “Diaz Of The Rovers” I suppose.

You get the sense that BBD is one of those players that needs to feel loved, wanted, cherished…trusted. The initial rumours emanating from Ewood were to the effect that the club (Mowbray ?) did not think the Chilean adventure was beneficial to him (but these are wholly unsubstantiated rumours in fairness) and the hard evidence of the benefit is now difficult to dispel.

Perhaps it’s training and playing with some really good players, perhaps it’s the astonishing welcome he has been given in South America, perhaps it’s because of the restorative effects of inter-continental first class air travel ?

Much like re-potting a Swiss Cheese plant into a larger, well-fertilised pot allows the plant to flourish in its new, more spacious abode; similarly the Chilean adventure plus the removal of Armstrong from the Rovers front line has allowed Ben Brereton’s roots to flourish, secure the epithet #Diaz and join some bloke called Lionel recently in the South American team of the week.

Where is the team strong and weak?

Strengths - the keeper, Kaminski, a snip…he loves a wander but his reflexes are excellent and he exudes confidence. Ayala in defence has so far defied the medical prognoses and turned back the clock this season and we have this young Chilean wide-forward…have you heard about him ?

Weaknesses - not being able to put out a settled side, especially in defence, means that we lack fluidity, consistency and are vulnerable to assertive opponents keen to move the ball quickly - see WBA, Huddersfield Town & Blackpool.

Revised expectations for the season?

I think the phrase “regression to the mean” will increasingly come into play. Our squad is weaker than last season so we need the first choice XI to be fit, firing and available for selection more often than not. Realistically, a tough Championship programme does not facilitate that as we are already discovering.

On our day we are a handful, but all too often, those youngsters who come in to deputise are being exposed to the harsh glare in greater numbers and increasing frequency than ideally you would prescribe.

Consequently, mid-table is more probable than play-offs but there is enough to suggest that a battle with relegation isn’t quite the looming spectre it appeared at the beginning of July.

That said, Mowbray’s teams have historically gone on some outrageously poor runs of form from February onwards and so unless we have roughly 40-45 points firmly in the bank at the end of January nothing should be taken for granted.

I hoped for 15th pre-season, I think we will be within a couple of places of that come the end of May. 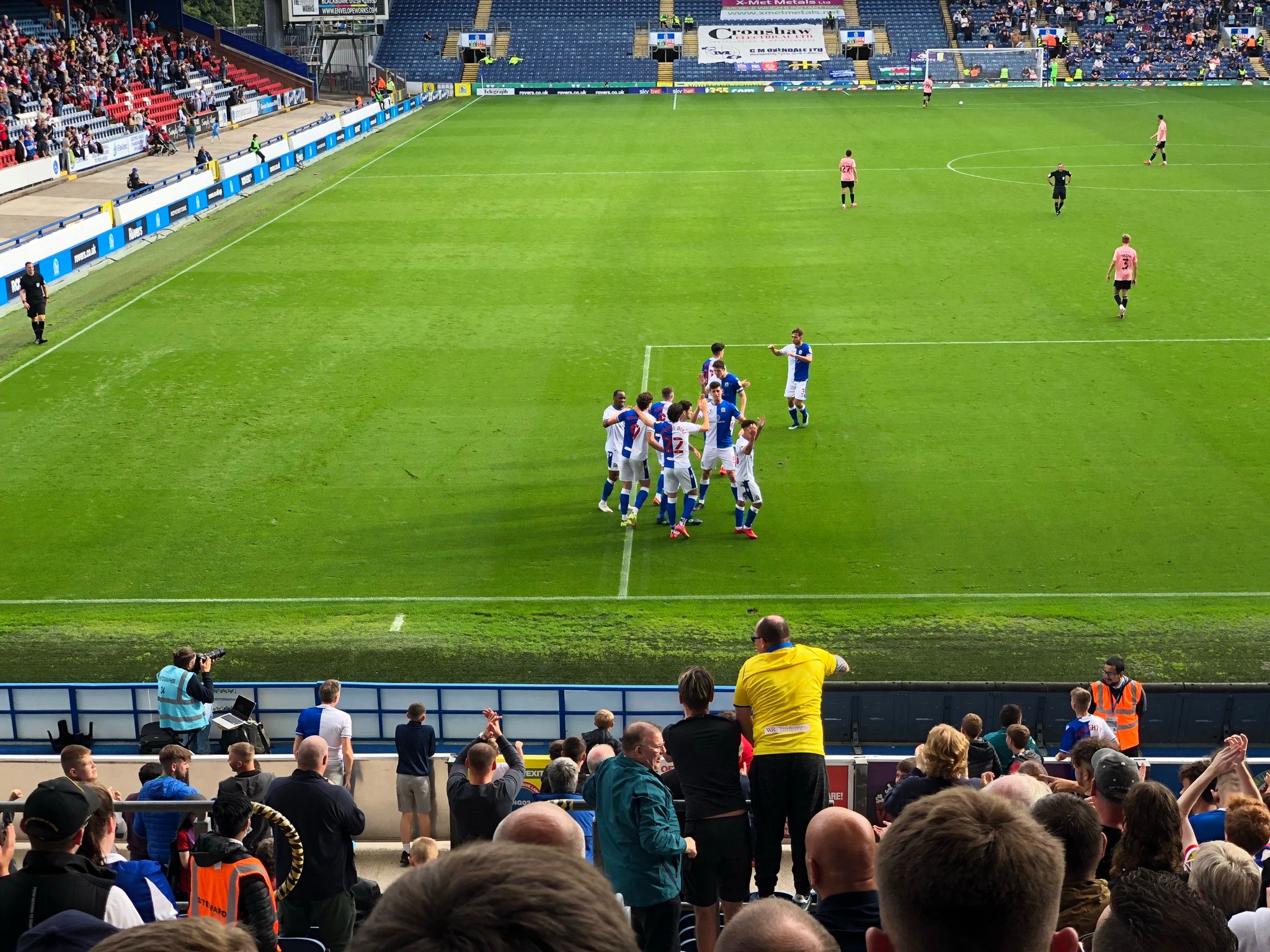