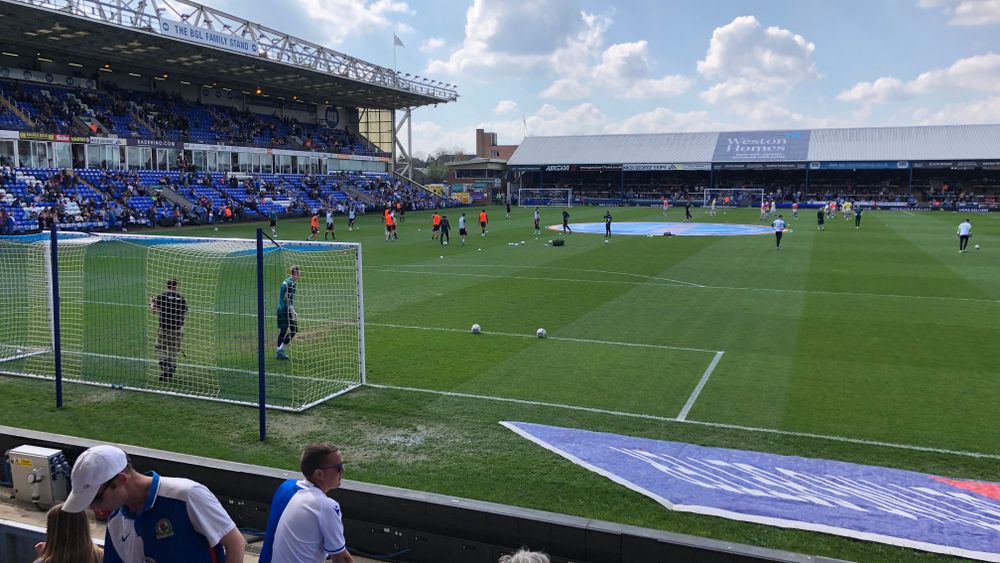 If I Hadn't Seen Such Riches…

The season in summary - inspired by a Twitter exchange with Stuart McArthur and with profuse apologies to James.

I'll sing myself to sleep
A song from the darkest hour

Championship seasons are long. Forty-six games coming at you thick and fast, demanding both physical and mental fortitude. Over the course of such a season the emotions of everyone involved; players, manager, supporters, inevitably are tested to their elastic limit.

Since February, Rovers' season has stuttered and faltered to the point where the overwhelming sense now is a desire for it all to be over. Losing to Peterborough...the nadir ?

Secrets I can't keep
Inside of a day
Swing from high to deep
Extremes of sweet and sour
Hope that God exists
I hope, I pray

At the outset of this season, the expectation was that the first glance at the league table would be down. The squad had lost its influential loanees, its talismanic star goalscorer and coming off the back of the pandemic, many regular supporters too.

Pre-season yielded a single victory, though an entertaining fixture against Leeds United and a spirited comeback against Bolton Wanderers demonstrated that all was not necessarily lost.

That said, the opening batch of league fixtures generated a healthy return, prayers being answered perhaps ?

Football sucks you in. Just when you had convinced yourself that you weren't going to fall for the same old routine, results lure you in. The noise, the smells, the sensations wash over you like cool refreshing surf. You wonder if this time it’s going to be different.

The fixture list demands attention. The away days are planned, the tickets bought. There is a camaraderie in an away following that has a unique characteristic. You are alone but also together; united in a common cause, determined to do your bit to encourage the team on.

Then they let you down. You are distraught, disappointed, downbeat. The journey home drags. Alone with your thoughts and perhaps social media, you try to make sense of it all.

Is it truly better to have loved and lost than never to have loved at all ? Is it better to open the box, to glimpse the prize, to start to dream ? Is it more fulfilling to look up the table and work out the possible permutations ? Is the ultimate removal of the tantalising possibility too painful ? Is plodding along in mid-table easier for the soul ?

We're all in this together. We each of us handle the triumph and disappointment in our own way. We merry band of supporters, travelling in hope, sometimes in expectation; but in all instances having our emotions toyed with, much as a cat teases a captive mouse.

Come on in, the water's lovely.

In love, in fear, in hate, in tears

The season is withering on the vine. What once seemed natural, easy, routine has become slipshod, staccato, stilted.

The tail off in performances and results since February has seemingly become routine. If the two phases of our season had been reversed and the results for the opening nine games were instead the final nine games, how would that affect our current emotional state and our perception of the scale of the achievement ?

Recency bias tends to colour our judgement. Recent performances have been poor, the results have matched and the mood of the supporters has been shaped accordingly.

The key question, is why ? The next one is probably - what can be done about it ?

A summer of potential upheaval looms. Contracts of key players are up, loanees will once again return to their parent clubs and the manager...oh the manager...

What is there left to say about Tony Mowbray ?

Many people who know him well speak of his integrity and his passion. Many who know him only from watching his Rovers teams of the last five years speak of the terrific rebuilding job he has done in restoring credibility to a club that was a veritable basket case.

Others remark on his seemingly increasing downbeat press conferences, his criticism of sections of the support, his idiosyncratic tactical approaches and suggest that his time is drawing to an end.

For what it’s worth, both of those viewpoints can be held simultaneously, they aren't necessarily mutually exclusive. We live in a binary world but sometimes nuance is required and indeed desirable. Recognising achievements whilst identifying shortcomings where improvements can be made is perfectly normal in all walks of life.

Whatever happens over the summer, we will be drawn back next season; moths to the flame...and by all means, come sit down next to me...though hopefully not in sympathy.