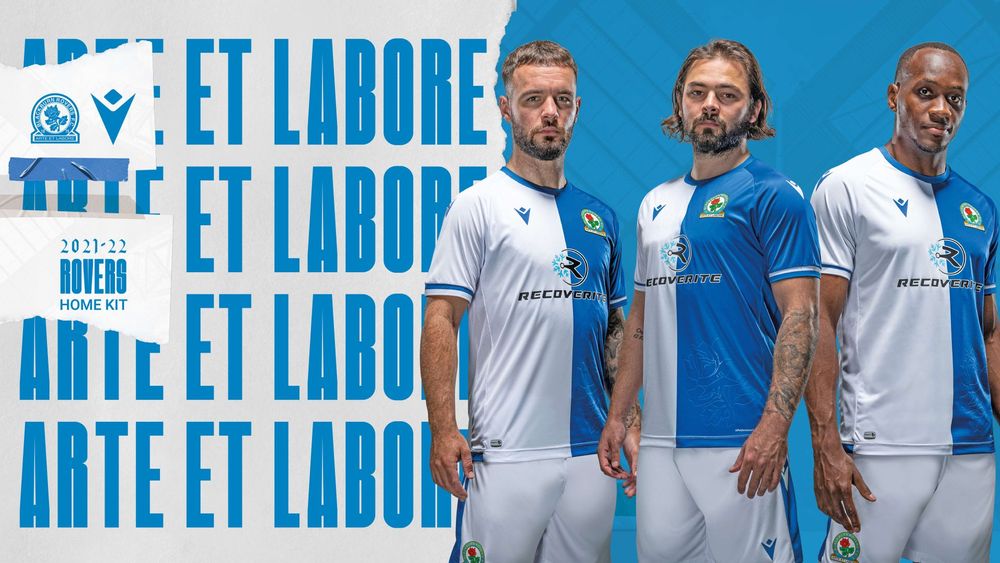 Over the past week Rovers have released both their home and away kit for the new season, creating two shirts that the large majority of Rovers fans love. The pair are the first kits that Macron have made for Rovers and I think it's fair to say they have definitely made an impression on Rovers supporters.

The Blue and White halved home shirt features a rose on the blue side of the shirt, in the bottom right corner, something that adds a touch of class to the shirt, making it more unique. The shirt is very simple on the whole, but the rose and club slogan at the top on the back of the shirt make the shirt something many fans are impressed by.

The away shirt is something spectacular. A remake of an old Rovers classic, taking us all back to the glory days of Roque Santa Cruz and Morten Gamst Pedersen. The shirt features the same rose in the same place as on the home shirt. The unique touch makes many Rovers fans, again, very pleased with the job Macron have done in their debut season with Rovers.

Both shirts sit at a price of £50, the club's usual price for shirts, so the price tag isn't something Rovers fans are going to be frustrated by. As a pair, the shirts are definitely something special, and will no doubt be amongst some Rovers fans' favourite shirts in the future.