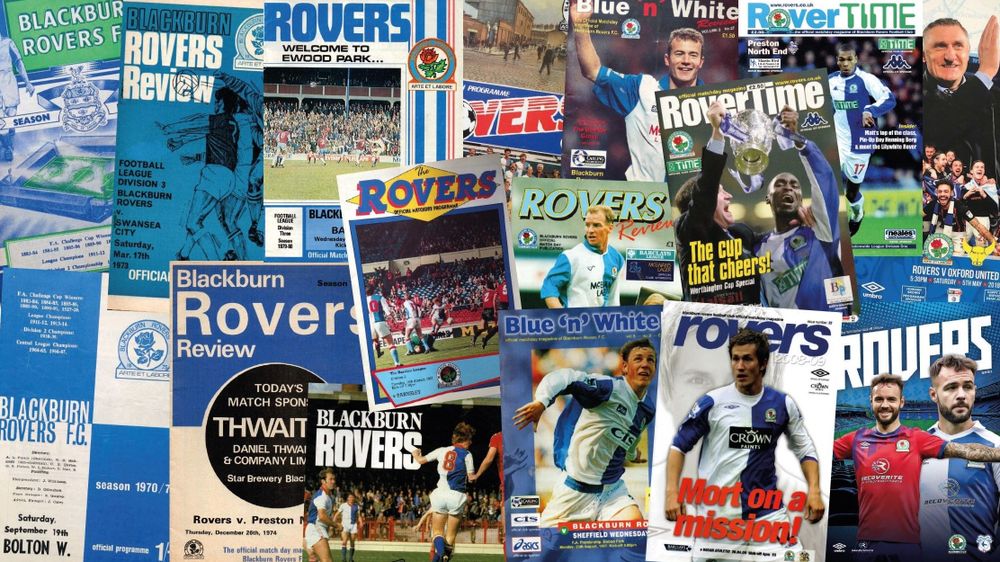 The first football match I ever attended was on Saturday 4th January 1992 when Rovers faced Kettering Town in the FA Cup third round. I barely remember anything from the 4-1 win but I’ve kept the matchday programme as a memento ever since.

From the Rovers team listed on the back (just a 1 to 11 prediction of the starting line-ups back in those days, of course) I recall deciding that Scott Sellars was my favourite player – purely because we shared the same forename and initials. Not a bad choice though! Oh, I also distinctly remember my introduction to terrace talk when the bloke behind me remarked, “Keith Hill's a bag of shit!”

David Speedie is probably the only player I have a clear recollection of from that time, because he was the one scoring most of the goals that season and also because of the image of him on the programme cover.

The programmes that campaign used this same design and image for every match from October onwards, with only the opponent, date and match sponsor details changing.

The season started with Stuart Munro, Nicky Reid and Steve Agnew on the cover but their lack of appearances on the actual pitch and a change in management called for a replacement by emerging hero Speedie – with Kenny Dalglish and Ray Harford as inset pictures. My copy of the programme remains defaced with ‘Excellent’ stamps which I applied to the trio. 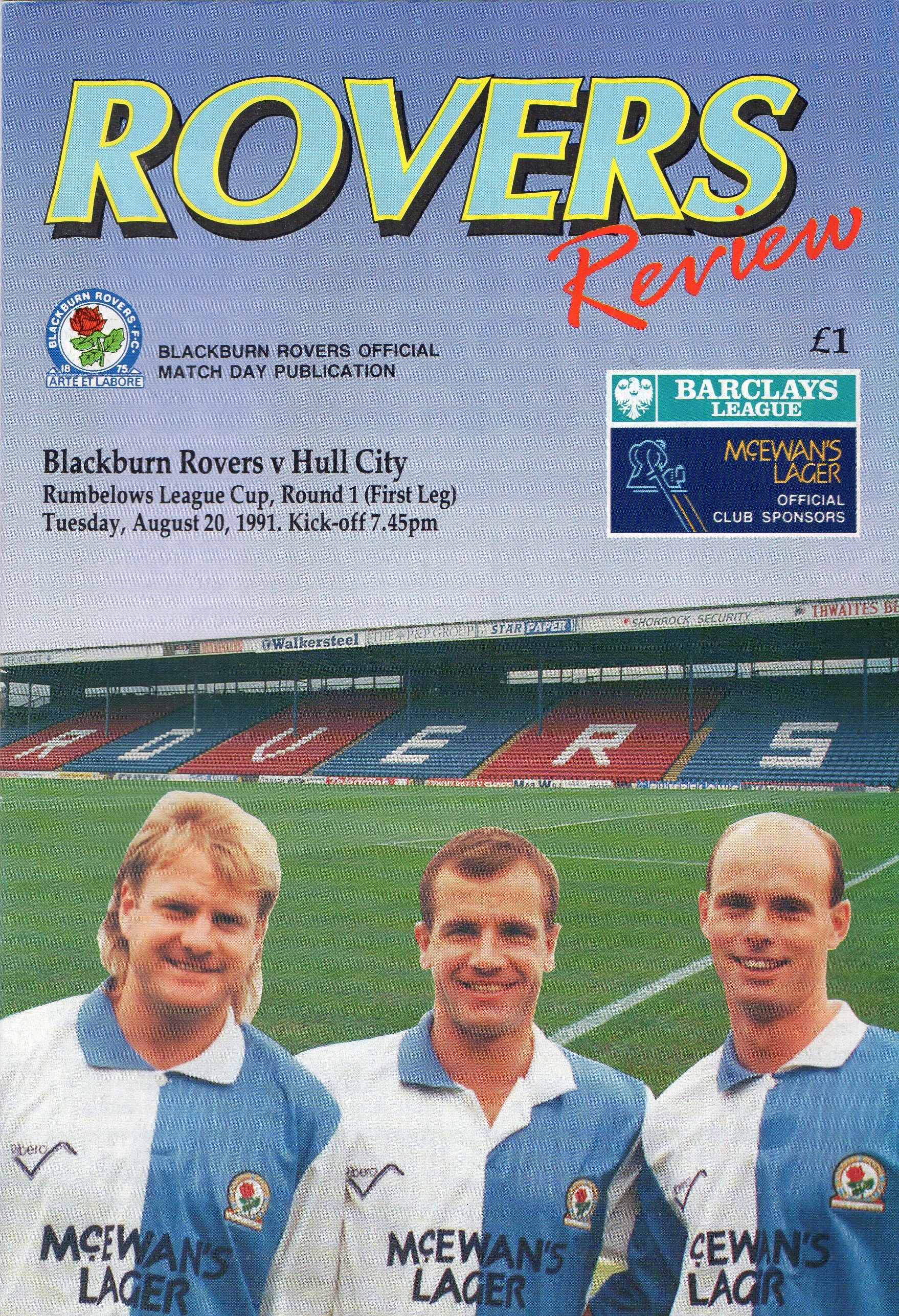 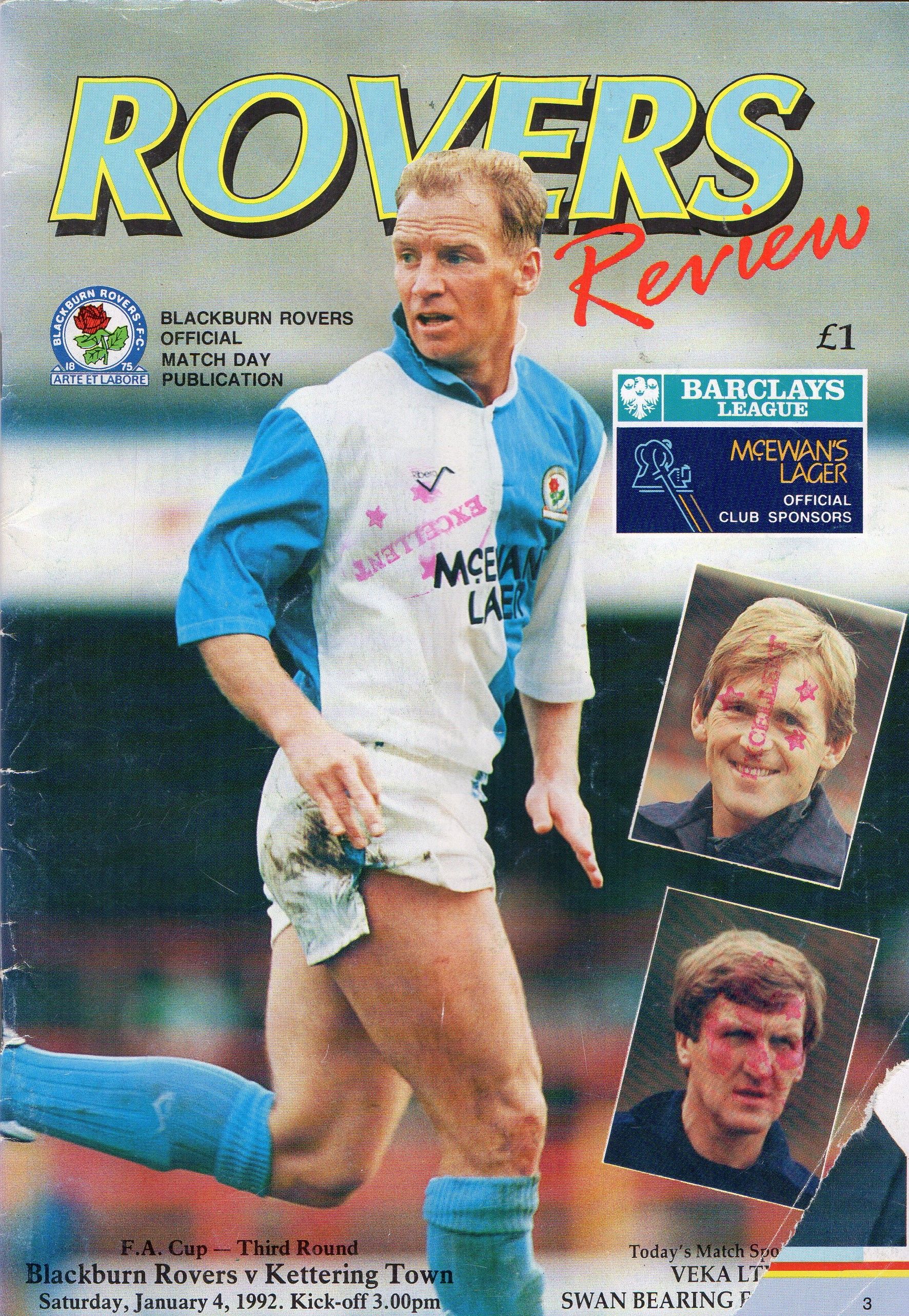 This was the last season when each programme throughout the season would essentially look identical (notwithstanding the aforementioned substitution). While there would still be a unique design created for each future season, it would usually be a different cover star as the photograph for each match from 1992/93 onwards, therefore making every one very distinct.

There’s been a lot of talk about David Speedie of late, from his appearance on Twitter to an article by Mick Pickup in Issue 101 of 4,000 Holes about Mick recently meeting the Derby County steward who protected Speedie during the unrest after the play-off semi-final at the Baseball Ground.

Mick also said to me: “The legend of Speedie's time at Rovers continues to grow, even thirty years later. I've never known a player to have such an impact in just one season.”

There would sometimes be a regular cover photograph used for a whole season prior to 1991/92, but usually this would be a wider view – of Ewood Park, for example. But if ever an individual player has warranted being so prominently featured as the cover star on practically every programme during a season, then it’s probably Speedie.

You could already be forgiven for getting your programmes mixed up given all the Speedie covers, but there are actually three 1991/92 home programmes for Derby County matches – the postponed game just before Christmas, the rearranged fixture in February and the famous play-off semi-final.

I’ve always loved the fixtures spread in programmes and how they can instantly bring back so many memories from a season. This is an absolute classic with the distinctive yellow backdrop. No problems with having to fit seven or more subs on the page back then! 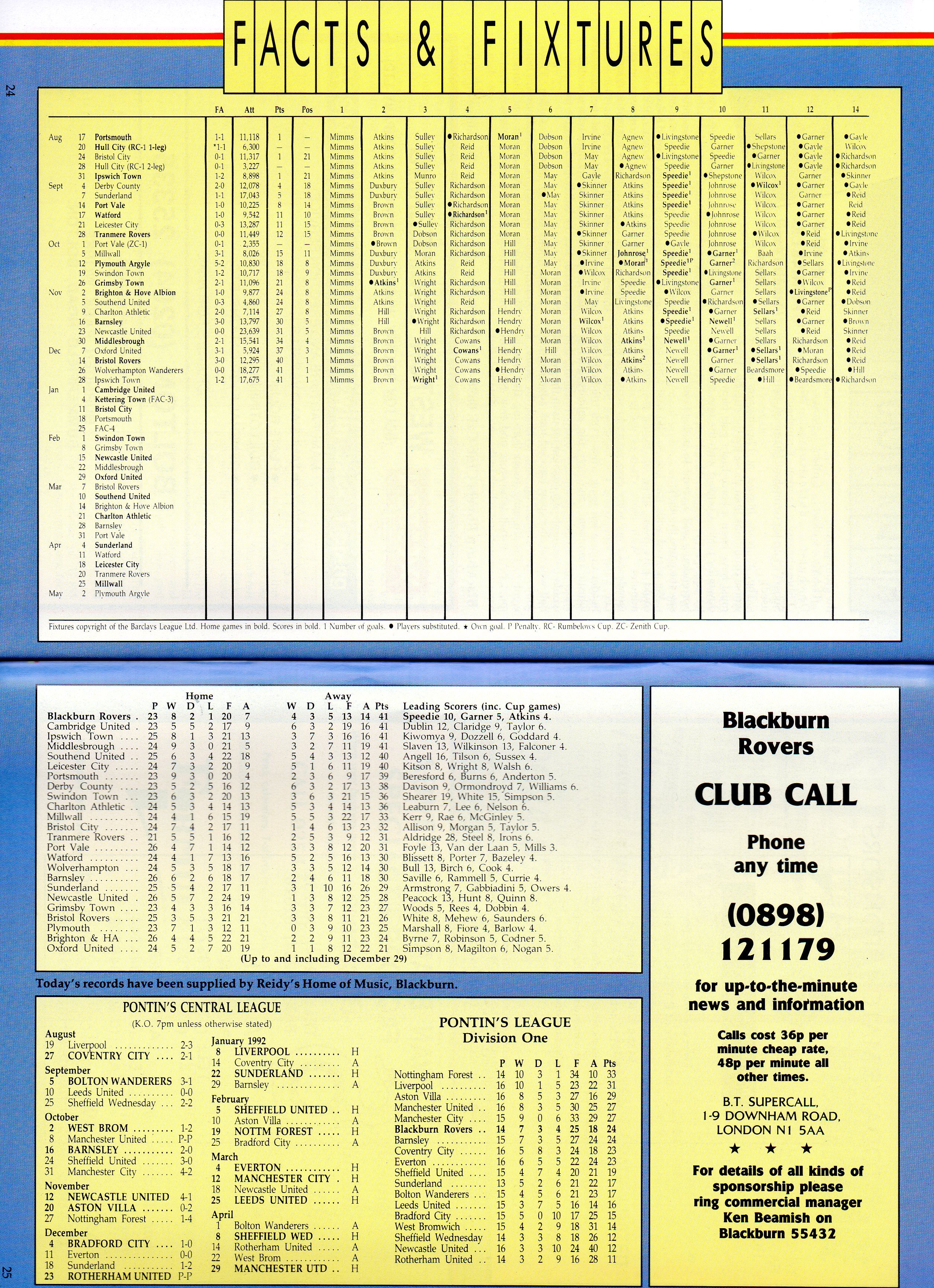 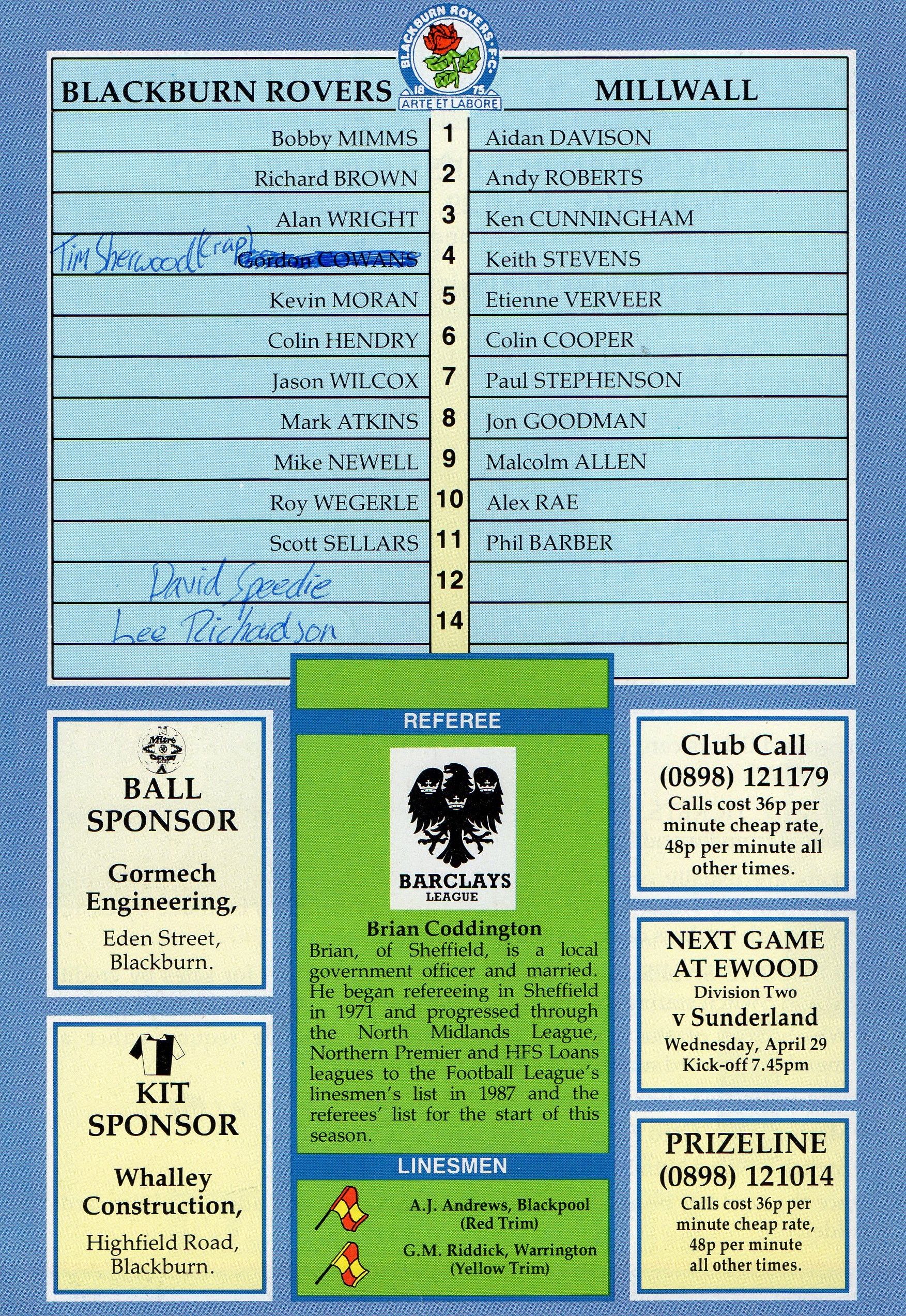 Please get in touch if you’re interested in contributing to the ‘Programme Passions’ series by emailing roversfanzine@gmail.com or via social media.