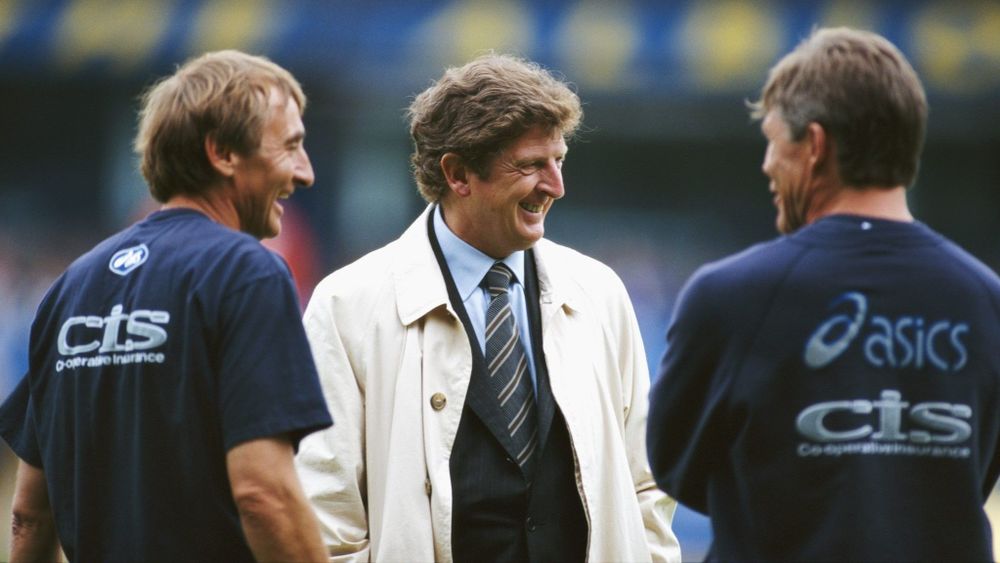 Rovers kicked off their 1997/98 campaign exactly 25 years ago today, which was the last time before 2022/23 that the club started with two wins. Here’s a review of Roy Hodgson's only full season in charge of Rovers on his 75th birthday…

With vivid memories of 1994/95, it might seem strange that I would choose 1997/98 as my favourite season as a Rovers supporter, but it goes to show that it’s not just winning trophies which is a prerequisite to enjoy following your team.

I suppose at the age of 13 and after two mixed to mediocre seasons, I was just that bit older and able to really appreciate what it meant to be on top of the whole English football league pyramid – where Rovers found themselves again after a blistering start.

Indeed, the failure to secure Sven-Göran Eriksson’s services was soon forgotten as Rovers raced out of the blocks in August 1997 under Roy Hodgson and his novel “European training methods”. He’d scoured his continental contacts too and signed promising talent like young Swiss international Stéphane Henchoz and tough-tackling ex-Monaco full-back Patrick Valéry, not to mention 29-year-old Martin Dahlin – a prolific goalscorer on the international scene for Sweden.

Despite then losing Henning Berg and Graeme Le Saux for £5m each, Kevin Gallacher’s opening day header sealed a 1–0 win against Derby County on Saturday 9th August 1997 – Hodgson’s 50th birthday. Then Rovers travelled down to Villa in midweek and thumped them 4–0 to go top of the league. Back at Ewood, Dahlin came off the bench to open his Rovers account with a late equaliser after 17-year-old Michael Owen had raced half the length of the pitch to give Liverpool the lead.

Then probably my favourite match EVER came on an August Monday night as Rovers thrashed Sheffield Wednesday 7–2. With Chumbawamba’s Tubthumping playing on the speakers before the match and in front of the Sky TV cameras, Rovers incredibly raced into a 5–1 lead after just 24 minutes. Benito Carbone scored a spectacular 30-yarder just after half-time and at that point I can even recall having worries of an Owls comeback. But Lars Bohinen and Sutton wrapped up the seven, while Carbone was sent off for headbutting Gallacher. If that hadn’t already been enough drama, disaster struck when new keeper John Filan broke his arm after a promising start to his Rovers career – conveniently allowing Tim Flowers to come on as sub and reclaim his Number One place after himself starting the season injured.

Then there was the crazy match when the run briefly fell apart at home to Leeds United. If Ewood wasn’t already the place to be after six goals in one half against Wednesday, then another Sky TV showing saw us down 4–3 at half-time, before the inevitable scoreless second half. It is however, a match which still riles me to this day – Dahlin was looking incredibly sharp, scored a superb goal, won a penalty but had two more blatant penalties denied after running lumbering centre-half Robert Molenaar ragged all match.

There are so many great memories from that season.... Sutton and Gallacher on fire, injury-dogged Dahlin chipping in with a few goals (Rovers later trying to sue their insurance company over the Swede’s fitness), Ripley back on top form and getting an England call-up (before pulling up injured within minutes of his substitute appearance), the emergence of Damien Duff, Jason Wilcox playing as an emergency attacking left-back when we needed a goal, Gary Croft’s stunning winner against Chelsea, beating the eventual champions Arsenal 3–1 at Highbury with Gallacher’s goal of the season, Ripley breaking his long goalscoring drought, Billy McKinlay’s dyed blonde hair and his bizarre clenched-fist goal celebration with Sutton – plus his apparently oversized XXL pants with the old ladies sitting behind me in the Jack Walker Stand nagging all season: “MCKINLAY!! How can he play in those baggy shorts!!”

With only two defeats before Christmas and two Manager of the Month awards in the bag, things were looking almost as promising as 94/95. But then the second half of the season wasn’t half as good – apparently Hodgson’s two-training-sessions-a-day methods had left the players bloody knackered by New Year and heavy defeats soon became the norm.

A 5–0 win against Villa, and a 5–3 against Leicester brought some relief as Sutton earned the Premiership Player of the Month for February before Glenn Hoddle dumped him in the England B squad for a match he refused to play in.

With both Manchester United and Arsenal to come to Ewood, Rovers were still outside contenders for an unlikely title in April. Unfortunately I missed the big home game against United as I was in Germany on an Easter school trip. In the days before ubiquitous internet coverage, a girl – and fellow Rovers nut – had phoned home after the match for the result: Blackburn 1 United 0. Sutton penalty. Great times, the cherry on top of what had been a superb week away in the Moselle Valley....

That was until I found a morning newspaper in Belgium on the way home and checked the result in print: Blackburn 1 United 3. Yep, with Germany being an hour ahead of UK, there’d been some miscommunication in that the 1–0 was actually a half-time score. Said girl didn’t believe it until I showed her the paper in the shop, before an angry Belgian woman scorned me for messing up a newspaper which I wasn’t buying!

I was back to see Arsène Wenger’s Arsenal in full throttle towards the title with Anelka, Overmars, Parlour and Bergkamp absolutely ripping us apart as they went 4–0 up at half-time. Yet even that match is a great memory for me, with David Seaman standing alone shrugging his shoulders in front of the Blackburn End as spring snow briefly came down before Gallacher’s consolation which meant so much.

Rovers ultimately scraped over the line into sixth place with a 1–0 win at Stamford Bridge and a last-gasp Sutton free-kick against lowly Newcastle to seal the season’s target of a European spot.

Despite how quickly it fell apart for Hodgson at Rovers, I’ve got a big fondness for his time as manager just for 97/98. Maybe I should have worried more that Roy was losing it when he signed Tore Pedersen for £500,000 and claimed he’d become worth ten times that figure – despite the Norwegian international already being at the age of 28.

It still perplexes me as to just how bad the following season went after such a great year, but then if I could change history, I probably wouldn’t swap the subsequent relegation if it meant I couldn’t have 1997/98 in my memory bank just as it was. Yeah, I absolutely LOVED that season. Now, I think I might just dye my hair blonde and get some baggy shorts on.....

This article originally appeared in Issue 87 of 4,000 Holes. Issue 105 is released on Saturday 27th August 2022 and includes an in-depth exclusive interview with Chris Sutton, who discusses his Rovers career and even tries to explain that celebration with Billy McKinlay! Click here to order copies or a subscription to the fanzine.