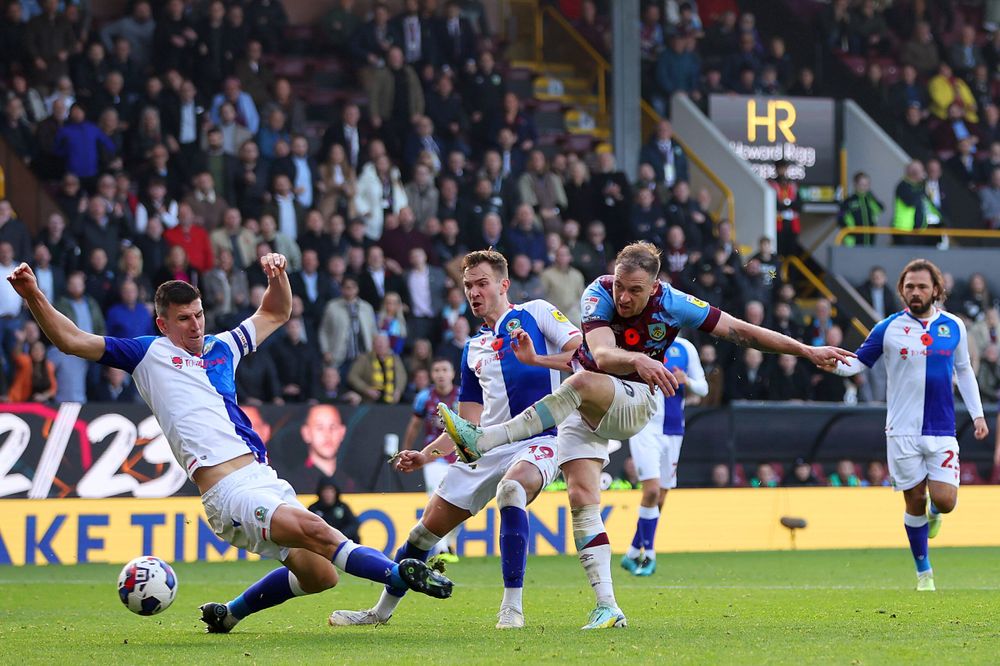 The Curious Case of Blackburn Rovers

This is a curious case, given that Rovers are flying high in the Championship and are exceeding relative expectations of most, yet for me there is still some disquiet…is it churlish to write something that critical of the style of the football because after all it is all about results?

However, after 21 games, I think that it is fair to point out some of the concerns that I have developed over the last few months regarding the way that the team have been playing, the style of the football and what seems to be the tactical inflexibility which culminated in the humiliating defeat at Turf Moor on Sunday.

As some of you may know, I love Italian football and grew up watching Serie A, the way that we are playing reminds me of how some of the Serie A teams played in the mid 90’s, the focus on possession, the focus on the slow build up and being clinical when chances presented themselves, the problem is that in the Championship this style of play does not work and it certainly does not work at the moment with the players that Rovers have at their disposal.

In the 19/20 season Philippe Cocu tried to play this way with Derby County, who at the time had a much better squad than Rovers. To begin with it worked (results wise), but quickly teams worked out that this possession based style could be countered quite easily by pressing the Derby defence and forcing them to pass the ball through the midfield and they would lose possession. Their opponents worked out that there was no flexibility or variety in the approach so they could press them safe in the knowledge that they would not switch it up and play the ball over the top.  In the 19/20 season Derby eventually finished 8th in the league, missing the play offs by 6 points.  Cocu did not adapt his approach the following season and was sacked in November 2020.

What is exactly the issue with the way we play? Well, for me it is the way that we pass the ball.  It is so slow, we seem happy to pass the ball around the back and then quite often when we get the ball forwards, the first instinct of the midfielders is to pass the ball backwards towards the defence, with our full backs static and not moving forwards it makes it easy for the opposition to keep their defensive shape, recently at a home game I started to count passes, there were a number of spells of possession that were 40 or more passes, with 35 of those in our own half, the possession in the opposition half was mainly the midfielders getting the ball and passing it back to the defenders and eventually possession being lost and we have not gone anywhere.

The insistence (which must surely come from the manager) of passing the ball around the back even when being pressed by the opposition with players who do not have the ability to pass around the press has resulted in us losing the ball in very dangerous areas and it is frankly a miracle that we have not been punished more by the opposition, alas our luck ran out against Burnley who in the second half did punish, particularly the second goal.

The general level of the football that we have played given that we are 3rd in the league has not been particularly impressive, there are just handful of games where I felt that we dominated and looked in control, the rest of the games we have usually been desperately hanging on and relying on Kaminski to preserve the lead.  At home the pattern has been one of containment, of passing the ball around and ensuring the opposition do not get the ball, the away sides are usually content to sit back and let us have the ball.  This season at home we have been clinical and have managed to get the lead in most of the games but then the game has followed a similar pattern whereby the opposition once they fall behind, they decide to push forward and start to close us down, our players are not good enough to keep possession and it results in Rovers being penned in our own half, desperately defending.

In modern football there are a lot of statistics easily available, most them fans rightly tend to ignore but the one statistic that I found to be useful is the xG (expected goals) statistics both for goals scored and goals against.  On a basic level this is a calculation on how many goals we are expected to score and concede, it isn’t just based on how many shots we have at goal but looks at a wide variety of factors and the xG at the end of the season is roughly what is predicted throughout the season.  Let’s look at the Rovers xG compared to Sheffield United and Burnley:

The above highlights the issue that we will have in trying to maintain a top 6 place and are likely to fall further down the league if the above plays out for the rest of the season, it further illustrates that we have been clinical this season but over a 46 season game season it is unlikely that we can maintain that level and therefore we need to adapt out play to be more progressive and create more chances and bring the goal for xG above the goals against.

As I said at the start, this is not an article calling for JDT to be sacked, far from it.  At the end of the day football is a results business and he has got 12 wins from 21 games, a win percentage of 58% which is seriously impressive.  He has given young players a chance and long term that is the way forward for Rovers given the quality that we have coming through the academy and there have been some flashes where Rovers have looked impressive.

We now have a break and the hope is that JDT can work with the players.  I hope that when we comeback from this break, we start to see some evolution in the way that we play, we keep possession but we look to be more progressive with it and we move the ball much faster than we currently do which will cause problems for the opposition.

The Championship is one of the toughest leagues in the world and having flexible approach is the key.  Regardless of what happens after Christmas we need to give JDT and Greg Broughton time, the next 2 windows are key to bring in the players that fit the style of play but that style of play needs to change slightly as the way currently play is not likely to work regardless of what players we bring in.