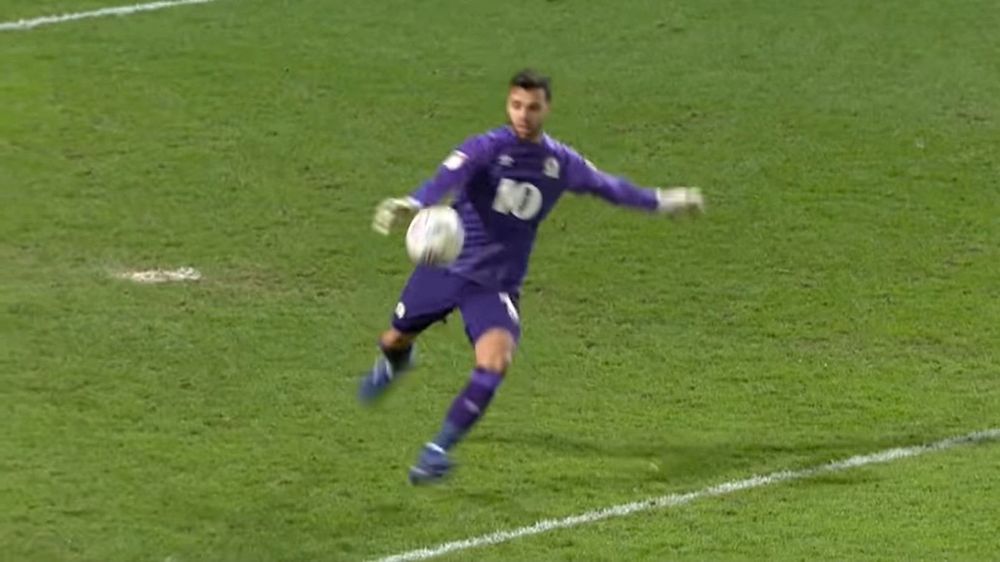 Assists by goalkeepers are as rare as hen's teeth but Thomas Kaminski claimed one by supplying a superb pass for Sam Gallagher's opening goal against Blackpool last Saturday. Here's a rundown of the best assists by Rovers keepers:

1. Jason Steele, Rovers 1–0 Wigan Athletic (March 2017). Steele showed quick-thinking after collecting a shot and launched a precise long ball towards the left wing. Marvin Emnes took two sumptuous touches to set himself up for a mazy dribble towards the Wigan goal and then finished powerfully from the edge of the box. One of the great Ewood goals of the decade.

2. Paul Robinson, Arsenal 6–2 Rovers (October 2009). Inevitably, there are a couple of entries in this list for Sam Allardyce’s Rovers team. Robinson put a free-kick directly into the Arsenal box and Steven Nzonzi placed a looping header over Vito Mannone, giving Rovers a surprise 4th-minute lead at the Emirates.

3. Christian Walton, Brentford 2–2 Rovers (February 2020). Another keeper with decent kick on him was left-footed loanee Christian Walton. He sent the ball into the stratosphere from the edge of his own box and Ethan Pinnock misjudged its flight as it came down. Adam Armstrong needed just two touches to both control and calmly lob the ball over David Raya’s head.

4. Tim Flowers, Rovers 3–0 Everton (September 1994). A massive kick into the Everton half from the hands of Flowers allowed Alan Shearer to win a tussle with David Unsworth and force a powerful shot from distance into the bottom right corner under Neville Southall’s dive.

5. Thomas Kaminski, Rovers 1–1 Blackpool (April 2022). The Belgian spotted a space behind the Blackpool defence and launched a perfect raking pass forward. Sam Gallagher brilliantly controlled the ball to set himself up for a one-on-one opportunity and he dinked it home.

6. David Raya, Rovers 3–0 Wigan Athletic (March 2019). A huge boot forward by Raya was badly misjudged by the Wigan defence and Danny Graham picked up the loose ball on the edge of the box before coolly finishing.

8. Paul Robinson, Wigan Athletic 3–3 Rovers (November 2011). Although not a direct assist, Robinson took the credit for bravely winning a late penalty after going up for a corner and taking a David Jones kung-fu kick to his head. Amazingly Jones was not even booked for the challenge, but once the blood had been mopped up, Yakubu coolly slotted away an equaliser as the clock hit 99 minutes.

10. Help! We need supporters to rack their brains to help us to make this to ten! Surely there are a couple more somewhere?