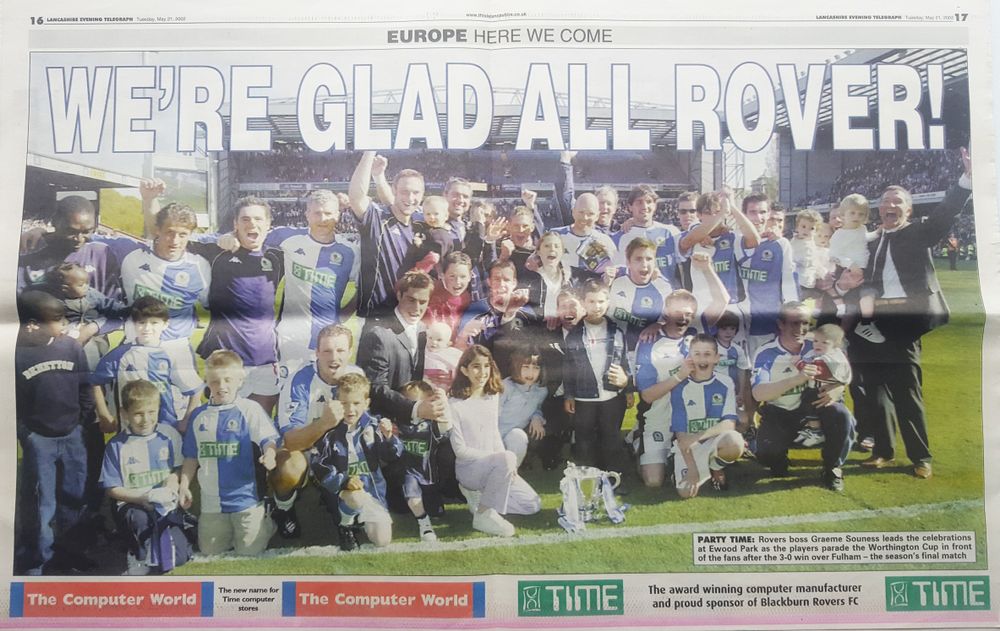 Here’s a rundown of some of the most memorable final matches of the league season in the club’s history.

1. Liverpool 2–1 Rovers (May 1995). One of the greatest climaxes to an English football season. Jamie Redknapp whipped in a wonderful injury time free-kick and suddenly Rovers had no control over where the title was going. But news soon filtered through from Upton Park…

2. Tottenham Hotspur 0–4 Rovers (May 2003). Rovers snatched sixth place and UEFA Cup qualification from Everton on a superb away day. Dwight Yorke and Andy Cole combined for a delightful opener, Craig Hignett scored a cracking volley on his last appearance for the club, while man-of-the-match Damien Duff, who would leave for Chelsea in the summer, ripped the Spurs defence apart at every opportunity.

3. Rovers 3–0 Fulham (May 2002). A day of celebration in the sun after Rovers had already secured safety with a strong run of results in spring. Incredibly, the goals from Andy Cole (2) and Damien Duff took Rovers into the top half of the table – an added bonus as the League Cup trophy was paraded after the match in front of 30,487 supporters at Ewood.

4. Plymouth Argyle 1–3 Rovers (May 1992). Rovers ensured the spring promotion collapse wasn’t terminal and claimed a play-off spot on the south coast. David Speedie grabbed his second hat-trick of the season.

5. Rovers 1–2 Bury (May 1980). Promotion to the Second Division had been secured in midweek at Bury and Rovers were still in the hunt for the title on the Saturday at 3pm in front of Granada cameras. As it transpired, Grimsby won their last game so the defeat didn’t matter and big celebrations nevertheless took place.

6. Rovers 1–0 Newcastle United (May 1998). In his only full season in charge, Roy Hodgson achieved the target of European qualification – just! A poor second half of the campaign had seen Rovers plummet but sixth place was sealed with a powerful 88th-minute free-kick from Chris Sutton, who took the Premier League Golden Boot with Dion Dublin and Michael Owen.

7. Rovers 0–0 West Brom (May 2009). With safety assured after Sam Allardyce had saved the season, this day was all about one man: Tugay. The Turkish maestro said farewell to Ewood at the age of 38 after eight years running the show in midfield. Who's still got their mask?

8. Oldham Athletic 3–0 Rovers (May 1987). A heavy Rovers defeat at Ice Station Boundary Park… but nobody was paying any attention. All ears instead were focused on transistor radios updating the score from Turf Moor. Results from the Fourth Division did NOT go in our favour…

10. Bristol Rovers 0–1 Rovers (May 1981). The infamous “but North End fucked it up” day. With Rovers in red shirts, Kevin Stonehouse scored the crucial winner which so nearly clinched a double promotion under Howard Kendall. Swansea beat relegated Preston and took the final automatic spot in third place so it was all in vain and there were several service station skirmishes as Rovers fans headed back north whilst triumphant Swansea fans headed south. Gutting. 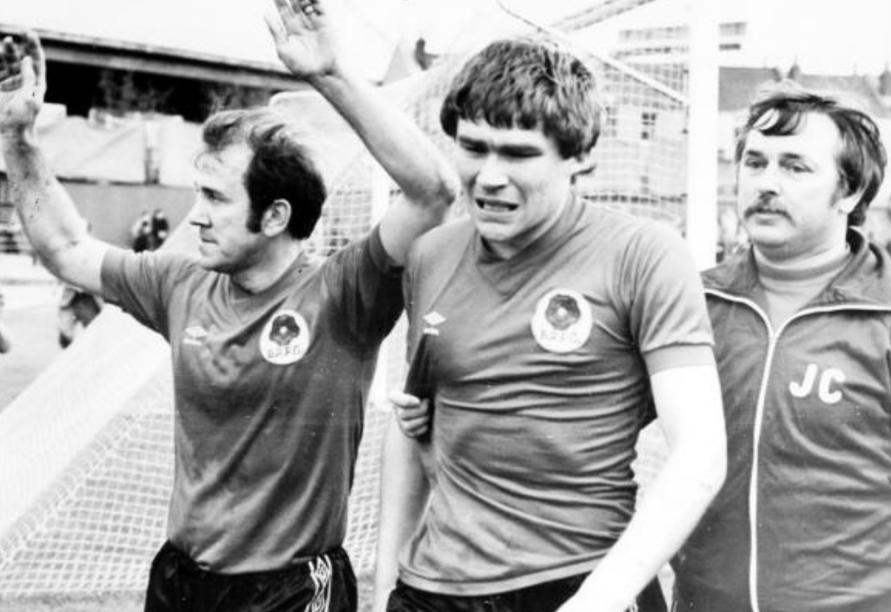