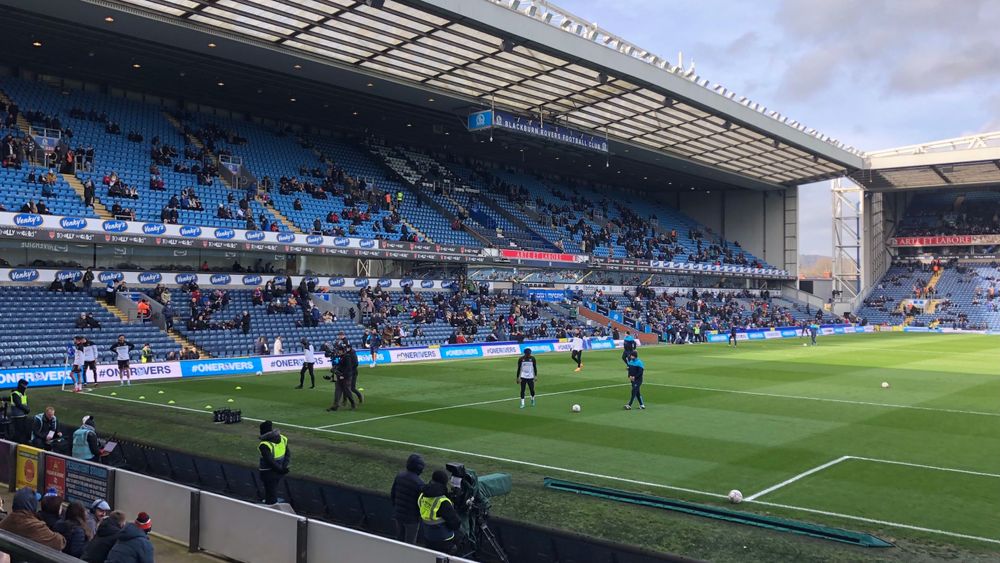 What’s Going On In Rovers Boardroom ?

Despite some ill-tempered run ins in the past, I find Steve Waggott to be approachable and attentive. He asks the right questions and seems to want to improve things. Whether his hands are tied, or he’s just paying lip service, the improvements don’t come and very little materialises.

He clearly has very specific financial targets. Making minimal cost savings seems to be far more of a priority than league position, commercial growth, or fan engagement. It’s pennywise, pound foolish, just like our wage structure… more on that later.

A prime example is our differing views on the catering at Ewood. To me, Sodexo offer poor products and service. I’d like to see a much more imaginative offering. To him it’s cost effective and easy to tender it out, he sees the long term deal with them as good business.

In my opinion, Waggott spreads himself too thinly. He seems to spend more time at his Brockhall office than his Ewood office. Maybe he likes the whole back and forth with agents better than the day to day running of operations. Perhaps this will be remedied somewhat by the appointment of Gregg Broughton, but that leads us on to another issue…

I’ve long since thought the structure at the club is an absolute mess. It’s completely convoluted and unclear. We do know that Venky’s have the final say, and I strongly suspect they are micro-managing via Pasha. This leads to things being done at a glacial pace, or not at all.

Mowbray’s parting comments all but confirmed this. As soon as he was no longer interested in self preservation, we got the truth of the matter. He was desperate to tell us Waggott has no real power, rather than banging on about Venky’s being knowledgeable, humble and supportive.

The club has finally started to make strides in engaging with the local Asian community. It’s long overdue and the efforts of Yasir Sufi have been fantastic. It’s seeing more tangible benefit than I thought it would. Kudos to all concerned.

Enticing new fans and re-engaging with lost ones however are two very different things that require very different strategies. Unfortunately the club  is doing nothing to mitigate the drop off of long-standing fans. I’ve discussed this at great length with people in the club. It’s always acknowledged and I’m asked for solutions, upon which I’ve made suggestions. So far nothing has happened. I’ll be interesting to see if there are strides made over the coming months though.

Nobody at the club seems to understand the fanbase. The Rovers Trust has made a real effort to remedy this; from history lessons of 1960 to presentations about lapsed season ticket holders. I’m hopeful this will change, but not at all confident.

Here are some things a senior employee in an unspecified commercial role told me:

- There’s nothing special or unique about Blackburn Rovers

- Kids aren’t interested in going to football matches, we’d be better off selling them NFTs

- Why should a child or senior ticket be cheaper than an adult one? A seat is a seat.

- Pretty soon nobody will go to matches, they will watch interactive things in their phones instead

There is little wonder there is such disconnect between the fanbase and club!

Onto our current situation… the jury is very much out on the managerial appointment. I’ll wait til it has actually played out. If we make a good appointment, I think it’s props to Waggott. If we get a HSH pick, he needs to resign.

In my opinion the process has become so drawn out it’s farcical. I can’t say for sure why that is, but I am not in the least bit surprised it’s happened.

All this talk of implementing a vision and long term strategy is trying to run before we are even crawling. The Raos get no credit from me for not liquidating our academy, it’s been a money spinner for them, not an expense… but they are even ballsing that up before our very eyes.

Our supposed sustainable long term strategy is not working; as evidenced by Lenihan and Nyambe going for nothing. Our wage structure is inflexible and nonsensical. We absolutely should have a wage cap, but the current approach is not fit for purpose. The can-kicking approach we seem to favour of triggering one-year options rather than properly negotiating in a timely manner was always going to come back to haunt us. Pennywise, pound foolish again.

What I will say is that Waggott acknowledged the importance of this appointment and that the club is at a pivotal juncture. How much he can actually influence things though is questionable… and he’s supposed to be our CEO.

As out of touch as those on the ground at Ewood undoubtably are, they still have a far better handle than three billionaires on a different continent who surround themselves with people who slavishly obey.

Venky’s clearly do not delegate effectively, and we remain at the mercy of their whims. They never seemingly learn and continue to be “badly advised”. It’s their own fault of course, their track record seems to be to sack anyone who tells them anything they don’t want to hear.

On a totally unrelated note, the Rovers Trust are holding their Annual General Meeting on Wednesday 22nd June at Billington Brass Band Club (time TBC). It is open to all supporters and we welcome all input.

We hope to see you there..!