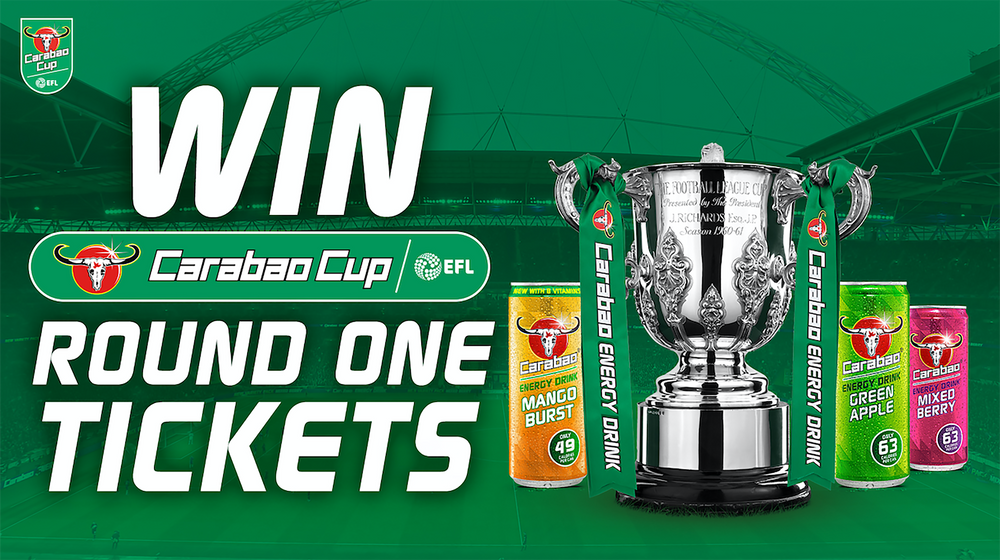 Win a pair of tickets to Blackburn Rovers vs Hartlepool United  in first round of the Carabao Cup, courtesy of Carabao Energy Drink

ENTRIES MUST BE RECEIVED BY MIDNIGHT ON SATURDAY 23RD JULY

Carabao Energy Drink is giving fans of Blackburn Rovers the chance to win a pair of Carabao Cup first round tickets to the game with Hartlepool on 10.08.2022.

Currently in its sixth year as the official title sponsor of the Carabao Cup, Carabao Energy Drink is giving football fans across the nation the chance to get behind their club for free, by giving away hundreds of tickets throughout the 22/23 competition.

Last season’s competition saw Liverpool lift the trophy for a record ninth time following an incredible 11-10 penalty shootout victory against Premier League rivals Chelsea. The thrilling showdown was played out in front of a packed-out Wembley stadium for the first time since the 2020 final, capping off a fantastic season, with fans welcomed back into stadiums across the country.

The early rounds of the competition are the perfect opportunity for EFL fans to enjoy football on a long summer’s evening, catching a first glimpse of their club’s new signings and potential stars of the future.

Carabao Energy Drinks are unlike anything else on the market, with delicious fruit flavours, just 63 calories per can and 60% less sugar than major rivals. The 330ml cans come in a variety of flavours that taste just like soft drinks, including Mixed Berry, Green Apple, Orange Blast, Mango Burst, Original and Green Apple Sugar Free.

Carabao is currently stocked in all leading retailers, as well as most independent and forecourt retailers.

To enter, simply answer the question below…